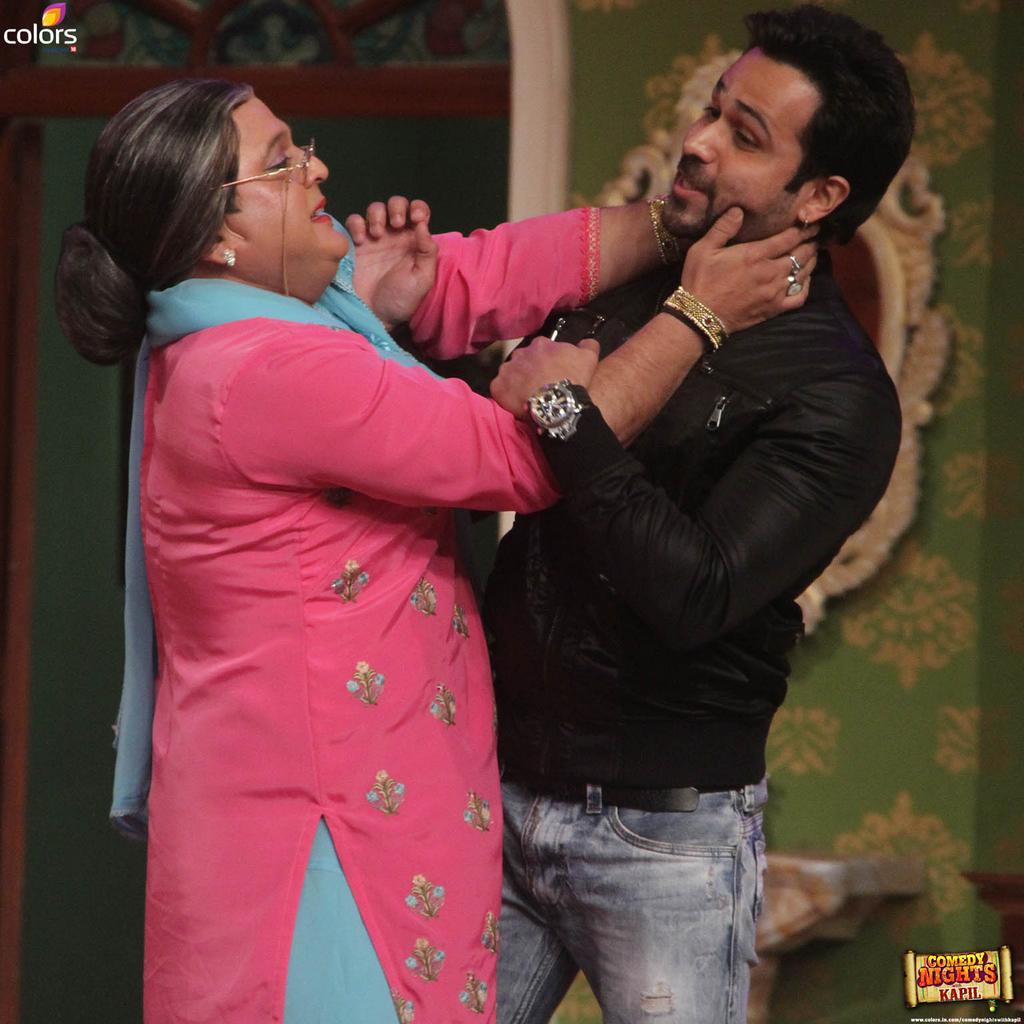 Guest on the show: Actor and Superstar – Emraan Hashmi and Humaima Malick – Actress from Pakistan, coming on Comedy Nights for the promotion of their upcoming movie – Raja Natwarlal

The show starts with Raju cleaning the floor with a broom and informs Siddhu that in Bittu’s home even dust also doesn’t come. Bua comes there on the stage while trying to hide metal pot and informs Bittu that the metal pot is Gold and feels very ecstatic while speaking about it and speaks that she got it from Jungle (forest).

Bittu speaks that she is lying and asks whether that pot belongs to their family via ancestors. She makes a taunt at Bittu and her family by suggesting that the one who eats food by begging how come they can afford such expensive gold pots. Sooner then, tribal people from forests comes there while creating the sound Jhinga La La Hur Hur…and Bittu tries to compete with them and then sings Tere Mama… and then informs that he saw in movies if that they are shown strange things they will become afraid. He takes out a phone and after the bell rings the tribal people bows down and then Bittu thinks that they became afraid. One of the men speaks that they are not afraid and instead they were doing stretching at that time and then begins to stretch more and speaks that they do it to present their body well. He speaks that according to their Kalash (pot) detector their pot is there and speaks about the rule that from the home where they find their pot they make sure to select one person from that house and makes their Kul Gulu.. Bittu calls Raju and speaks that he will leave to forests and Bittu speaks of giving sacrifice for him and then Raju agrees to become the Kur Gulu and informs Bittu that after going to forests he will send fruits and vegetables from the forests.

Another man from that group speaks to Raju how could he imagine sending fruits and other things since after becoming Kul Gulu he will not be alive and his neck will be removed. Then one of the man asks Raju – Fool, if your neck is not there, then from where you will do Babaji Ka Thullu ? Raju becomes worried and cries since he is unmarried and will die in the same way. After hearing it, the tribe people speaks to themselves that since Raju is unmarried so he is a good match for Leela. Raju speaks of agreeing to marry Leelu and also promises to make her happy. Bittu informs him to check her mother first who is seen fat and then Raju replies that if he marries Leela then his life will be saved. He speaks on agreeing to the marriage with the Shaadi Qubool message. Raju learns that Leela is none other an elephant and a replica of elephant comes there and it is also have the garland. Raju and Bittu surprised to know it.

Kapil speaks to Siddhu that apart from Don there is another person whom the police of 11 countries is looking for and he is not getting caught and his name is Natwarlal who is a big fraud and he is coming there for his magazine interview. Kapil then welcomes Emraan Hashmi aka Raja Natwarlal. Emraan comes there and asks Kapil directly for a place to hide himself and Kapil asks him from whom he is getting afraid and then Emraan hesitantly and then speaks with confidence that he is afraid of Kissing (Kiss se in Hindi). Daadi comes there with a bang calling Guru Dev to Emraan and comes close to him and then welcomes him to her home and calls him Chumman dev. She wants to hug and kiss him and Emraan informs her on not kissing for free and does it for money. Daadi in her usual self makes taunt at Emraan with the chee… message and speaks that what happened to people and suggests that they should do sometimes Jan Seva (service to people) bringing laughter. She then holds Emraan’s hand and wants to give and take technical advice. She speaks that after giving a 2 minute kiss her breath is unstable for 30 minutes and on other hand Emraan kisses for more than 30 minutes at one go so when does he take breath..bringing laughter and Emraan couldn’t answer much to Daadi.

Sooner then, actress Humaima comes there on stage on the song Tere Hoke Rahenge song.. Badaa mehfooz lage hai Bada… and hugs Emraan and Kapil. Kapil speaks that he read in one interview of her that she don’t need a person to romance and she can do romance with the camera and asks her whether this news is correct ? She speaks that the news is right and informs that she told that before she met Emraan and now just want to do romance with only Emraan. Kapil speaks that its nice and speaks on Emraan’s image as the hero and suggests that if Emraan is given a dupatta and is seen with an air cooler then the cooler will start emitting hot air because of Emraan bringing laughter. 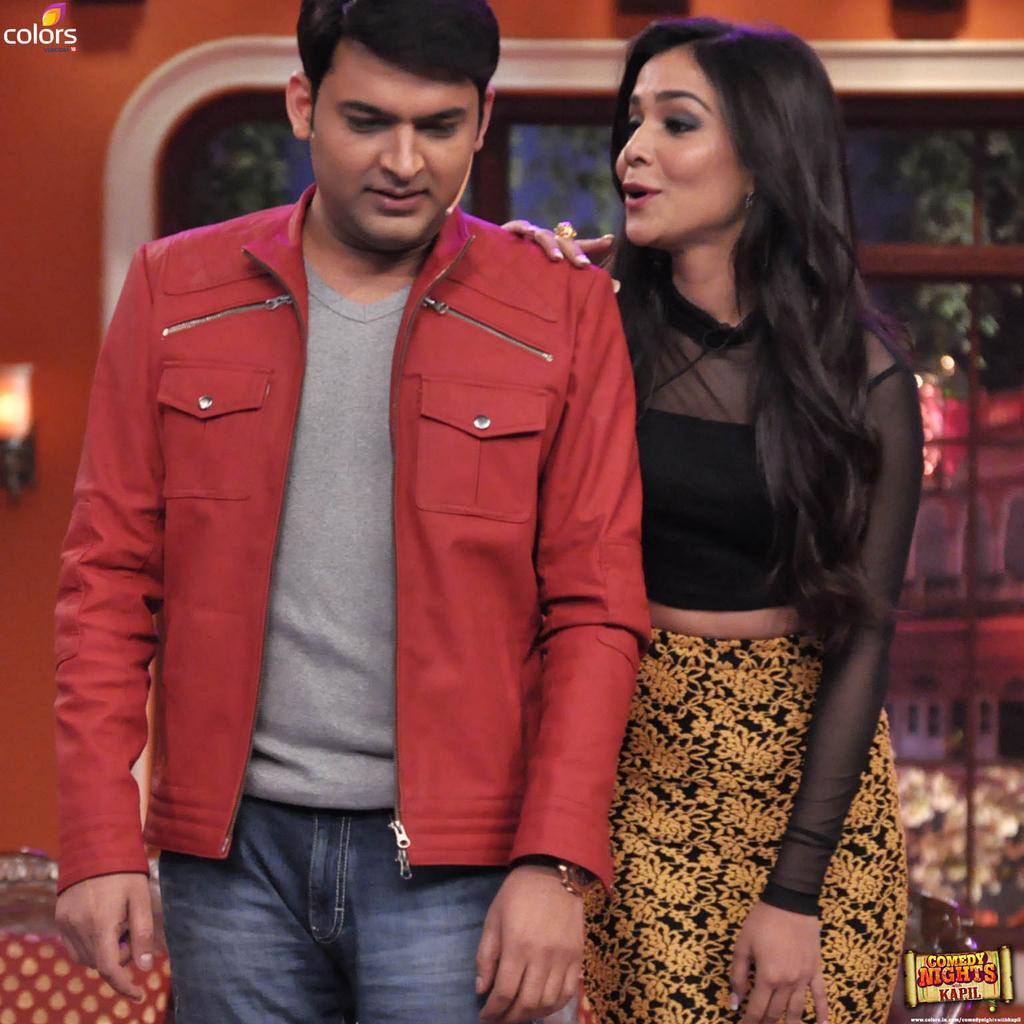 Kapil speaks of feeling proud since there is someone in the industry who can challenge the western people in that aspect. Emraan and Humaima goes on sit there and sooner comes Mrs. Bittu Sharma (manju) calling Bittu’s name and speakls to Bittu that now is the time to recycle old things and then he responds that she can recycle her old father first bringing laughter. He wants her to make a lamp of her father and she asks him whether he again remembers her father. Just then, Manju’s father comes there in his usual self and informs Emraan that how much big he becomes he should not be afraid of learning and then asks him for 500 INR note. Emraan takes out a 500 INR note and gives it to Manju’s father. He takes it and informs his daughter to go away from there since his magic will fail otherwise. Manju leaves from there and her father does some magic and first puts the note in his pocket and performs some strange moves and then informs all that the note has gone from his pocket because of magic. He then comes to Bittu and wants him to take out the money. Bittu gives him 500 INR note and Manju’s father speaks that the note is found in Bittu’s pocket and then again puts back in his pocket and runs with that money. 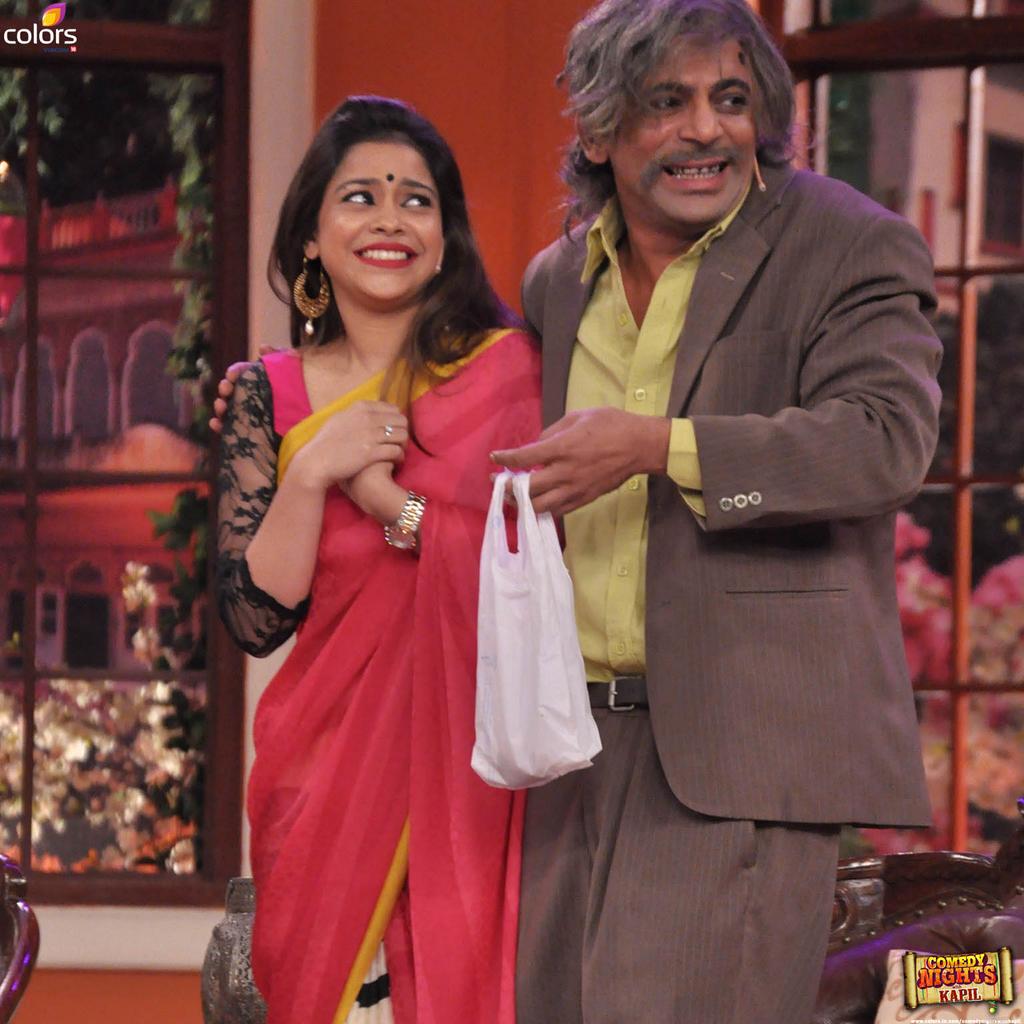 The show ends on a happy note with Emraan shaking his leg and dacing with the audience members on the song Dukki Tikki…Zindagi Ki Taash Ke song from his movie. Kapil signs off by saying the people to keep smiling and watch his show on Colors @ 10 PM every Sat and Sun.