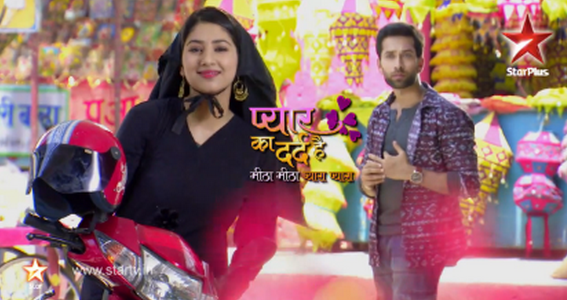 Ayesha has become a sacrificing idol. She loves Adi and dared enough to tell it to Avantika, but the latter did not approve her for Adi as she resembles Pankhudi and Adi won’t be able to move on in his life if he sees his past roaming around him every day. Avantika has chosen Poonam for Adi and is bowled over by her smart ways. Ayesha is given the tough task to bring Poonam in Adi’s life and make Adi like her, accept her and then marry her. Ayesha is finding it really hard to do this, and has skipped to make them meet, as her heart stopped her. But with Avantika being after her, Ayesha has no option.

Ayesha also understands that Adi regards her as a good friend and nothing more. She does not want to remain his friend, but get a status of his wife, but she won’t get with Pankhudi’s face. Ayesha has moved out of his life and brought in Poonam. Ayesha fakes a pregnancy report and Diwaan family questions her. Avantika gets raised and Sheela is no less who starts taunting her for manipulating Adi. Ayesha tells them that her child is not Adi’s, not someone else. Adi is shocked and does not believe Ayesha. Ayesha tells her decision of leaving the Diwaan family. Ayesha does so to make Adi love Poonam and hate her. Will Avantika understand Ayesha’s sacrifice and love? Keep reading.