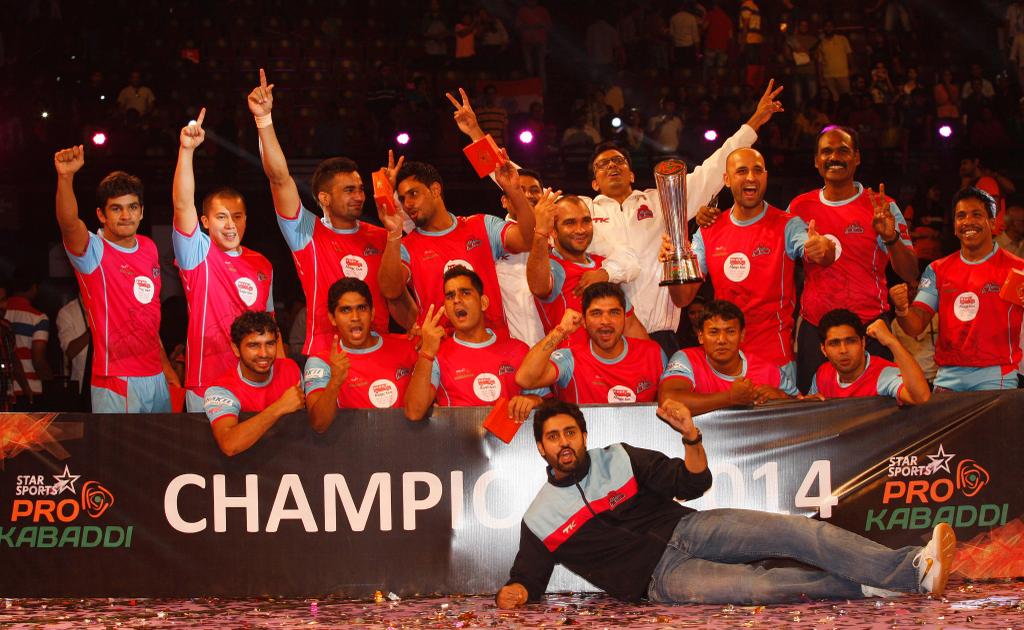 The Star Sports Pro Kabaddi 2014 has debuted on a grand scale with TV actors and personalities attending the event. There were 8 teams and 60 matches were planned and millions of fans were attached to this mega event.

Moreover, the owners of some of the teams in the tournament were Bollywood celebrities like Abhishek Bachchan for Jaipur Pink Panthers, and Producer Ronnie Screwvala for University of Mumbai (U Mumba). For the grand finale on 31st August between Jaipur Pink Panthers and U Mumba, many stars were in attendance. Jaipur Pink Pathers became the reigning champion. In this post, we present the photos of the stars – IPKKND 2 Actors – Shrenu Parikh (Astha), Sheetal Dhabolkar (Jyoti), Ankit Modgil (Siddharth); Devoleena Bhattacharjee (Gopi from Saath Nibhana Saathiya), Digangana Suryavanshi (Veera from the show Veera); Singer and Music Composer-Shankar Mahadevan, Boxer Vijender Singh were present.