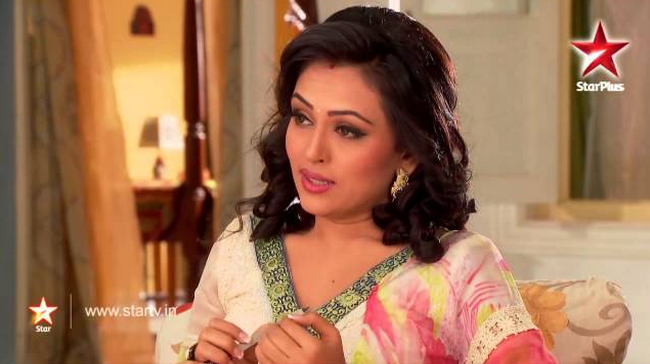 Suhani has always been good towards everyone in Birla house. She plans a surprise for Yuvraaj knowing his likes and dislikes from Pratima and Sharad. She decides to revive his childhood memories by making a video of his old pics. But Yuvraaj’s happy mood got spoiled by Pankaj, who misunderstood him seeing him with his friend. Yuvraaj comes home and fumes on Suhani, bringing out his anger. He dislikes the surprise and asks her not to do such silly things to make him happy, as he did not say he is unhappy and needs a boost. Suhani gets hurt by his sharp scolding and cries. He leaves in anger. Suhani’s plan goes in drain and she still holds herself strongly.

On the other hand, Ragini (Rags) is worried seeing Saurabh being inclined towards his college’s best friend Abhilasha. Anuj tells Rags that Abhilasha had a crush on Saurabh and she wanted to marry him. Rags is jealous and thinks to teach a lesson to her. Rags and Menka call Abhilasha on lunch and insult her to the core, making her face much humiliation. Menka clears that Saurabh likes Rags for her class and international taste. Rags says Menka is right, as if she was simple girl, Saurabh would have not married me, I m sure he don’t like such simple Daal Chawal homely girls, else he would have married Abhilasha. Saurabh tries to defend Abhilasha, but seeing Rags, his mouth gets shut. Rags gives Abhilasha a gift hamper of their company’s newly launched beauty creams, and asks her to amplify her beauty to get a Richie. Abhilasha turns up next day hiding her face and scolding Rags for playing with her skin, as the beauty products are faulty. She threatens Birla family that she will put a case on them for fooling innocent people.

Rags gets tensed, as she did not know the bad results of the cream. She tries to turn the table and blames Abhilasha to be behind all this bad remark on their company. Menka supports Rags. Suhani is the only one who believes costly creams can’t give beauty to anyone, and such things can really harm the natural skin beauty. Suhani defends Abhilasha and offers her full support, and is ready to go against their own company, but only to make some corrections. Suhani comes to know about Birla sons not involved in the company and leaving everything on Mr Saxena. Suhani thinks to join the company, only if Chandrakala allows her. What will be Chandrakala’s take on bad effects of beauty products and Suhanis decision? Keep reading.