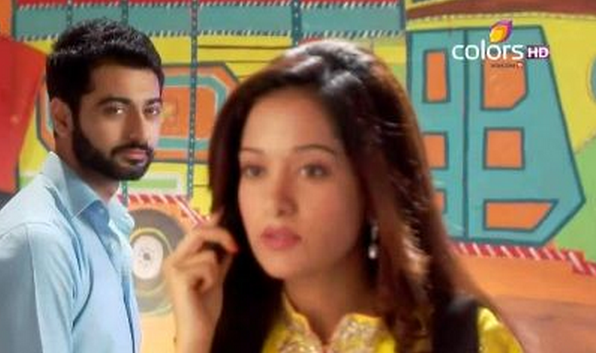 Zain has come to know the truth from Bilquis that Aaliya did not marry Rehaan, as he was heartbroken seeing Zara and Kabeer calling Aaliya as Ammi and when Aaliya told him that she married Rehaan. But how is now glad and thanked the Lord for keeping his love alive in Aaliya’s heart. He knows she love him, but will not accept it as he has hurt her a lot by not listening to her words and divorcing her without believing her. Aaliya moved on and opened a Dhaba which she runs very well and Zain has now joined her Dhaba, and tells Aaliya that Bilquis has given him work. Aaliya feels he is forced on her again and wants to get rid of him. Zain reminds her of their love and they both have the memories intact in their hearts. Aaliya misses out Zain a lot, but does not show him. Zain understands her eyes and makes sure that he wins her heart once again and feels Lord has given him this chance.

Rehaan is upset as he got the alliance from Ghulam, but he is helpless seeing Zain back. He does not want to come between Zain and Aaliya, and seeing Zain regret from his heart, Rehaan wants to give him a chance. His father Habeeb asks him to rethink on his decision, but Rehaan says he does not want to pressurize Aaliya for marriage. The romance is blooming again at the Dhaba as there are some Nok jhok between Zain and Aaliya as before. She sends him to get some chickens from Rehman uncle’s shop and tells Rehman how much trouble she is facing with Zain’s presence. Rehman comes to know its her husband Zain and finds Zain a humble man.

He asks Zain to catch the chickens and seeing his sincerity towards Aaliya’s Dhaba, Rehman is convinced that Zain truly loves Aaliya. Rehman tells him about his evil minded wife whom he did not divorce and still hopes she will be back. Rehman’s wife Zarina and his idiot son Bilal who are now at Surayya’s home are fueling Surayya’s mind by bringing her past mistake back. Zarina is manipulating Surayya’s mind by bringing her childhood mistake surfaced and making her guilt conscious. Zarina is slowly hitting on Surayya’s mind and wants to conquer Barkat Royale. Even Bilal is filling Fahad’s ears against Zain and keeps reminding him Usman’s death asking him not to forgive Aaliya and now Zain too. The evil mum and son duo is balancing their act, but Aaliya will be showing them their place soon.

Surayya is worried as Zain is with Aaliya again, and wants to make him come back home. Zarina asks her not to worry and shows her fake concern. Zain and Aaliya work together at the Dhaba and she gives him many tasks to send him away, but Zain passes in everything. He gets hurt in the process and Aaliya cares for him, just like before, without control over her feelings, but then realizes the divorce wound and moves away. Will the lovers find the way to unity once again? Will Surayya understand Zarina’s evil motives? Keep reading.

Additional Note:
* Beintehaa will be airing @ 11 PM from 22nd September, Monday to Friday on Colors.