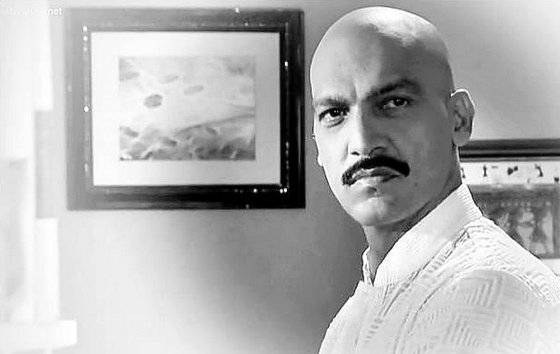 The rope drama is still on as the home is divided and many people shuffling to the either side leaving Niranjan’s party. Its fun politics going on in the show. Shlok has always been a Pika Bhakt and did not get tired saying Baba Baba……….. all the time, but very soon he will be disowning Niranjan. Shlok has decided to end his relation with Astha on Ganpati Visarjan and its good to see him changing his mind soon. The show is dragging a lot and went on showing how the women are controlled and suppressed by husbands. The over confident Niranjan has made a mistake to misbehave with Anjali in the living room, where Jyoti has seen his evil face, as he stupidly admits all his bad moves and brings out his frustration on Jyoti and the words ‘daughters and women’. Jyoti cries and stops him from hurting Anjali. She calls him the older version of Abhay and its true as they both are ‘’Ek hi chatti batti ke saathi’’ and dogs whose tail won’t become straight ever. Niranjan makes his true face evident to Anjali’s parents and says ill about Anjali, that her dad can’t bear. He says enough Niranjan and raises his hand on hand. Shlok comes late as his timing is always wrong. He holds his Nana ji’s hand and is angry seeing Niranjan being scolded by him. Shlok supports his Baba again.

Niranjan is undeterred by the fact that Jyoti has seen his real face and starts his sweet acting again. Jyoti asks him to be ashamed and decides to break out the truth to Shlok, but Anjali stops her saying Shlok will not be able to bear this truth. Anjali worries for Shlok’s trust breaking which will hurt him a lot as Niranjan is like Lord to him. Shlok fumes on Astha thinking she is the one who has filled Jyoti’s ears against Niranjan and divided their love just as the home. Astha does not give any clarifications. Niranjan asks Shlok to come with him and stop getting hurt by his wife, sister and mother. Jyoti says she will support Anjali and Astha. Astha makes Anjali do the Visarjan as Shlok refuses to do so being angry. Anjali is tensed. Niranjan faces a defeat again by Astha. Astha calls Anjali the head of the house, and gives her full rights to take over men’ rights. Astha is adamant that she won’t allow Shlok to break their relation.

The women pledge to expose Niranjan by his means and it has to be seen how Niranjan manages when his biggest support Shlok leaves him. We wish this track to end soon, and seeing the baldy dance on our heads every day is irritating and Anjali and Astha’s tears make us dip in floods. Some new track has to start apart from Varad and Mansi’s affair. Shlok has to open his eyes soon, else viewer’s will turn their eyes off the show being fed up of his mad love for Niranjan. We wish, before Shlok parts his ways with Astha, the truth will be out and then Niranjan will be left with ‘’Baba ji ka Ghanta’’ gifted by Shlok. LOL!! Keep reading.