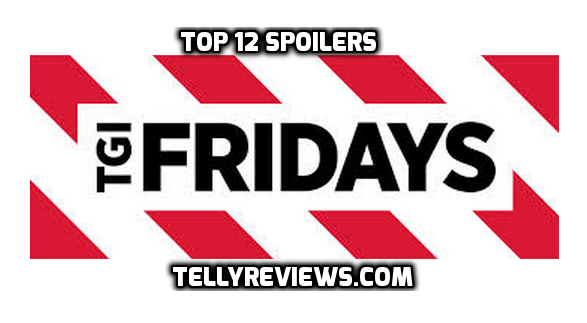 Karwachauth romance ahead in the show. Sandhya and Sooraj dress up in beautiful clothes and Sooraj looks very handsome in the blue suit. Sandhya gets dressed in pink dress. Sandhya compliments Sooraj for his looks, as this is the first time he wears a suit in the show. She calls him a hero and he gets glad. He goes ahead to kiss her and she stops him. The sweet romance goes on between them, as Sandhya has a holiday and is off duty. Bhabho and Babasa are acting to make Vikram and Meenakshi together. The Operation Grahan and plane hijack will be soon now.

Looks like Abhi is enjoying the double treat in his life in the form of Tanu and Pragya. He is the star attraction of the Dandiya night and he gets hurt. Tanu takes care of hiss wound and gets closer. He asks her to move back as everyone is watching them. Abhi gets hit by the Dandiya stick on his head and Tanu can’t see him in pain. She makes him get relieved, but Abhi kept asking her to leave. She panics for him more and gets the first aid box to treat his small wound. Abhi says he is fine, and stopped her. He was afraid that if anyone see them together, it will be a big problem at home. Dadi’s friend spots them and Abhi is shocked as the lady gives an angry look. Tanu went on to explain that Abhi was hurt, so she was doing first aid. Poor Abhi has a hard time at home infront of Pragya now.

Baldev and Veera’s relationship is not well accepted by Ranvi yet. He has judged Baldev bases on one bad event. Whereas Veera feels Ranvi needs to see more sides of Baldev and he really has some great virtues. Nihaal and Ratan too try to convince Ranvi. Veera and Ranvi stop talking and Ratan locks them in the room asking them to sort their problems and come out. Veera tries convincing Ranvi for giving another chance to Baldev, but Ranvi is worried for her life long happiness and he promises he will rethink. Baldev asks Veera to come with him for a part far from Pind and she wanted to take Ranvi’s permission. Ranvi does not permit her and is angry on Baldev. As Baldev insists her to prove her love, Veera gets ready to go for Baldev’s sake as she can’t hurt his feelings. She feels sorry for cheating Ranvi and going without his permission.

Adi gives a chance to Pankhudi to do her heart wish and allows her to go and talk to Sahil, Anshul and Sangeeta. Pankhudi is sure that the trio is not bad from heart and have goodness in them, the bad times have made them criminals. The trio also shows their pain as they have been running away from police since years, for the crime in which they were framed and then went on to the wrong way, as their names came in records. Pankhudi talks to them risking her life and wants to change their minds and bring them on right path. She counters their past and finally convinces them to leave the bad ways. She thanks them for taking care of her for two years, and bearing the costs of medicines of coma patient. Ayesha is bowled over by Pankhudi’s goodness and Adi’s trust on her. Ayesha learns a new chapter of good deeds from Pankhudi.

A big twist is ahead in Raj and Avni’s marriage. Raj tells Avni that he can’t marry her, shocking Avni and everyone around. Avni’s heart broke and she started slapping Raj, asking how can he do this. Avni broke into tears seeing Raj saying he does not love her. Avni could not believe him. Raj is in anger on her because of a strong reason, and Avni is sure she will make him agree. He shouts on her like never before and says his decision is final that he won’t marry her. The reason for this is Raj’s uncle and Avni’s mum’s love story before, will the lovers pay for their family’s broken relation. Bhavna’s truth to be Sangeeta is known to Anjali and Raj now. Virat has given a wrong image of Bhavna to his family and making Raj angry on Bhavna. Raj asks Avni to leave. Bhavna is upset as she has become the reason of Avni’s pain.

Chiraj and RV (Ranvir) meet in the party. Chiraj makes RV angry by his taunts. He says he will harm Ishani and see how RV will save her now. RV can’t bear Chirag speak anything against Ishani. RV wants to take revenge from Chirag. Chirag is feeling confident as he knows he has Ishani, who is RV’s weakness. Chirag is troubling Ishani, to trouble RV. He flirts with other girls, to show he is cheating on Ishani and does not value her. RV pledges that he will not let Ishani hurt. Chirag challenges RV to save Ishani if he can, as he will hurt Ishani a lot. RV’s plan to tackle Chirag will take him down on his knees. RV brings Ishani to expose Chirag flirting with the girl in the hotel room. Chirag will be shocked seeing Ishani, as she was the one who took every blame of his mistake and kept saving him from RV. Will Ishani understand Chirag’s deceive?

Zeenat and Qasim have attacked Hussain and are glad to take off Jalal’s one support. They plan to attack Hasan next. Ruks is worried for Hussain’s bad health. Jalal confronts Zeenat after having caught her red handed harming the kids. As we have written before, the kids will be safeguarded by Zeenat’s attacks and Ruks regrets on her bad plan. Jalal’s anger at its peak will shake Ruks’s roots in the palace.

Ishita and Mani’s closeness is itching Raman and making him scratch his head with innate jealousy, which he is not realizing. His anger gets noticed by everyone slowly, and they understand that Raman is really jealous. Bala teases Raman taking Mani’s name. Even Pammi aunty praises Mani and his looks, and brings a relative’s marriage proposal. While Ishita tells about Mani’s likes to be of high rank, Raman is angry seeing her indulge in Mani’s matters. He wants her to be away from Mani and his marriage proposals. Mani who has loved Ishita in school, has his heart still beating for her, but seeing her happily married, he has let himself back. Raman angrily tells Ishita about their relationship having nothing in between them, no love and no connection. He angrily bursts out and indirectly asks her to go to Mani if she wants as they are husband and wife just for namesake. She gets hurt by his words and realizes its true from Raman’s side. Ishita is half way happy as she realizes Raman’s heart burning is because of his hidden feelings and its important that Raman explores it. Will she able to make Raman understand her worth in his life?

Yuvraaj and Suhani play the Dandiya Garba. Soumya is also there with them along with their families. Yuvraaj gets closer to Suhani showering his love on her to make Soumya jealous. Suhani enjoys a lot, being foolish to think Yuvraaj really loves her. Yuvraaj brings Suhani for the Dandiya Night, as he and Sharad plan to bring her out, making her happy after Dadi’s annoyance. Bhavna turns up making Suhani delighted. Yuvraaj says no one can make me and Suhani apart. He then leaves from the venue making Suhani upset. Soumya pacifies Suhani. Yuvraaj goes for a reason unknown to Suhani.

Lots of misunderstandings crop up in Zain’s mind over Rehaan to be a good person or not. Bilal tells Zain that its Rehaan who kidnapped him, but Aaliya defends Rehaan having known him well. Bilal misleads Zain making him think that its all Rehaan’s planning. Rehaan asks Aaliya to trust him as a friend and he will take all their sins on him, and unite her and Zain, by freeing her after the marriage. Aaliya agrees to marry him. Zain wants to stop Rehaan and Aaliya’s marriage, but arrives late with Bilal. Surayya has been behind all the drama to get Rehaan marry Aaliya. Zarina’s plan fails as Bilal and she was eyeing Zain’s property. Aaliya falls in safe hands. Rehaan asks an angry Zain to keep up his trust on him and he will keep Aaliya as his Amanat. Zain is jealous seeing Aaliya and Rehaan sharing the same room, and it gets tough for him to control his annoyance.

Ankush and Astha will be coming face to face at the Kirloskar’s house. Kalindi gets tensed to break the matter to Astha, but Ankush will try to shake Astha’s trust on Kalindi by his weird taunts and bad way breaking of the truth. Varad asks Niranjan to back off his life, as he will not mend ways for his sake. Niranjan focusses on Shlok and comes to know about Shlok and Astha being stuck at the faroff place where Astha went to see the land for the institute. He understands that Astha will try hard to make things fine between her and Shlok. He decides to stop Astha and Shlok’s union. Shlok has strong feelings for Astha and does not want to let her go far from him. Will their love win over Niranjan’s evil?

Kokila has accepted Pari and tells her that only Gopi has to accept her now. While Paridhi has no feelings for anyone in the Modi Bhavan, her superb acting makes her look good to everyone. Gopi knows her reality and wants to expose her. Paridhi tells Urmila about her plan to break Gopi’s leg in the Dandiya night. Urmila makes Gopi know it and alerts her to be safe. Gopi thinks she will let Pari do this mistake, so that she can let the Modi family know the truth. But Paridhi changes her plan at last moment and fails Gopi’s smart move. How will Gopi expose Paridhi? 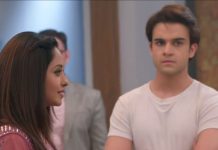