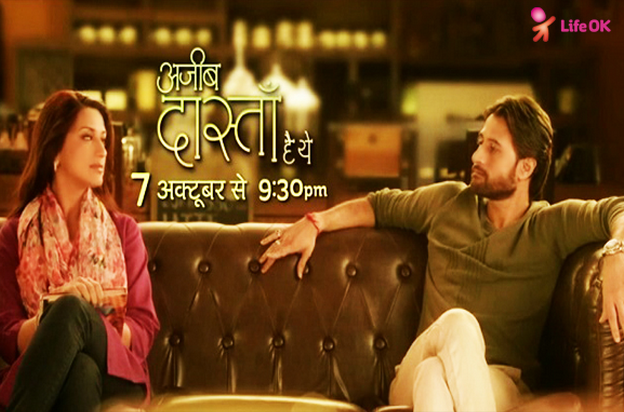 Shobha regards her life to be the best with a very loving and caring husband Samarth Sachdev, whom she always trusted in her strong nine years of marriage. Her world is centred around her marriage and kids. Being a wife of a successful minister, she got to the habit of bearing the taunts of her mum in law every day and being called lucky that Samarth chose her as wife. She throws a surprise party on her anniversary and dedicates a sweet and heart touching AV to Samarth, calling him the ideal man. In 3 mins of AV, as she gathered all her smiles and lovely warmth from Samarth, her world shattered when police walked in and cleared her mind having false hopes. The inspector breaks to everyone about Samarth leaking sensitive info to outsiders and cheating the country.

When this was shocking to Shobha, another shock came to her seeing the news, where Samarth is shown in the video clip with a girl in bed and cheating his wife. Samarth gets caught in the sting operation and his truth is exposed to all. Shobha has her two children to look after, and Samarth’s family who always needed Samarth, as he was the backbone of the family. Shobha yearns for Samarth even after knowing he cheated on her. An angry and failed Samarth yells on her blaming her for his state. Her sweet and sugary tongued husband suddenly turns into someone else. Her world breaks apart as she has seen two sides of Samarth, and its hard for her to believe anything. Shobha lands in the ‘Just Coffee’ shop, exactly opposite to her home, and could not meet Vikram, the owner of the shop.

Vikram gets angry seeing media and police outside the shop. He taunts the minister for getting into unfair matters and says it’s good he is gone to jail. Vikram’s belief is marriage and love is just nil. The three lead characters were sketched well and Shobha’s character being the strongest and Vikram being the most liked. Shobha joins Vikram in his coffee shop and bears his arrogance to balance her family responsibilities and later on, gets a rational connection with him, seeing his good side and being kind towards her children. She gives another chance to her abandoned life and that forms the rest of the story.

Coming to actors, Sonali’s dialogue delivery looks unconnected sometimes, but the pain on her face, teary eyes and straightly aligned upset looks linked well. Sonali Bendra’s debut on small screen in this show will be going well as her character Shobha is a strong headed woman, who becomes independent and leads the family, fulfilling all duties of Samarth, and making her mum in law call themselves lucky to get her in their lives. Sonali brought up good emotions in the last scene of the episode when Samarth (Harsh Chhaya) was taken away by the police. With her shedding tears to looking gloomy in the beautiful saree, she rocked the screen with her presence. Harsh Chhaya is always convincing as an actor.

Talking about Apurva Agnihotri, his character Vikram is an absolute rude man, who feels women are fools, and those who believe in marriage are big fools. Apurva has entered in the first episode and his small bits shows the great dimensions to his character. He is a great depiction of an angry, intelligent and bitter wordy man. He has justified every line well and enacted just perfect. It’s an eye treat to watch him with Sonali, and hope their chemistry rocks the screen and our hearts. Their Nok Jhok and tackling each other by their wits is a must watch. Catch the show on Life Ok, at 9.30 PM. Keep reading.