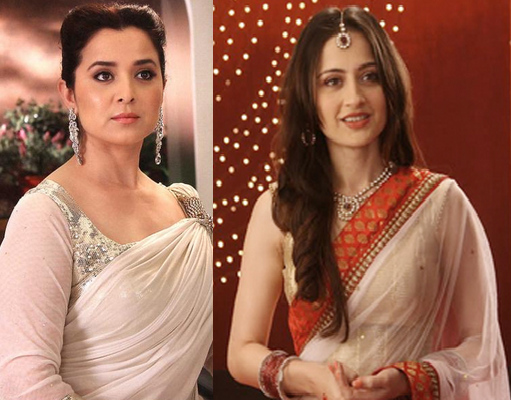 Sakshi has seen the video tape seeing Rajnath and Raima together and talking about hiding their affair from Sakshi. She cries thinking how could her soul sister Raima cheat her. Akash revelation of Sakshi Goenka to be Sakshi Rahmat Khan has been a great twist. Rajnath is known to this fact and talks about a video tape which will ease him to kick out Sakshi from his life and marry Raima. He tells Raima that Sakshi is blackmailing him with that tape and that’s why he is bearing her, once he gets the tape, he won’t bear her even for a second. Raima thinks to help Rajnath in getting the tape, so that she can marry him soon. She acts sweet to Sakshi and tells her about her two week holiday, which Rajnath also stated to Sakshi before.

Sakshi thinks of the big deceive and plans to ruin Rajnath and Raima for back stabbing her. She comes home after getting the proof from Jatin, and appears calm as always. Sakshi’s overconfidence has made her sink this time, as she felt Rajnath can go anywhere but will come back to her at the end of the day. Durga does not see any expected reaction from her and wonders what went wrong. Durga tries her hand of taunting her to make her angry, but Sakshi is well composed. The Karwachauth event is near and Durga prepares for it as its her first one after marriage. Durga tries to start a war between Sakshi and Raima, and invites Raima for the function, making Sakshi furious. She creates a scene where Sakshi sees Raima and Rajnath and could not control her angry reaction. What will Sakshi do now seeing her enemy list increased? Keep reading.