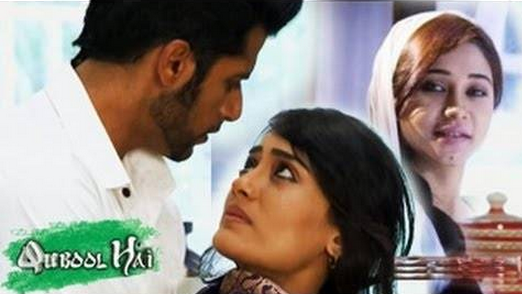 Tanveer has become the angry Billo Rani as she is failing in every attempt to keep Sanam a bay and far from Aahil’s life and property. Razia plans to get Seher get her rights too and heads to the grand opening event party of Kohinoor Hotel. Razia hurts Seher and makes him angry. Aahil kick starts the event and the party becomes rocking. Sanam decides to expose Tanveer to Aahil and bring out the truth that she is behind his father’s murder. She wants a proof to lay her words rights. Tanveer is also planning to harm Sanam and want to kill her to knock her off her way. She tries making Sanam sign the property papers, but fails. She threatens Sanam about Aahil, and Sanam is undeterred.

A Burqa clad old woman comes there. Sanam meets her and gives her water. The lady signs her to give her message, but Sanam does not understand. The lady then reveals her face and its Dilshad, Asad Ahmed Khan’s mum. Dishad keeps Sanam with her and fails Tanveer’s harming attempts. Tanveer wants to kill Sanam, just like she killed Asad and Zoya. Rahat brings Haya in the party and meets everyone. Rahat waves to Seher, thinking she is Sanam, and is puzzling on no reaction from her. Dilshad spots Seher and Haya too. She is happy to see them for the first time together and blesses them as they all care for her without knowingg their blood relations with heer. Sanam and Aahil enjoy the party, displeasing Tanveer. Tanveer tries to stab Sanam from behind. Will Sanam expose Tanveer? Will Tanveer succeed in getting Aahil’s property? Keep reading.