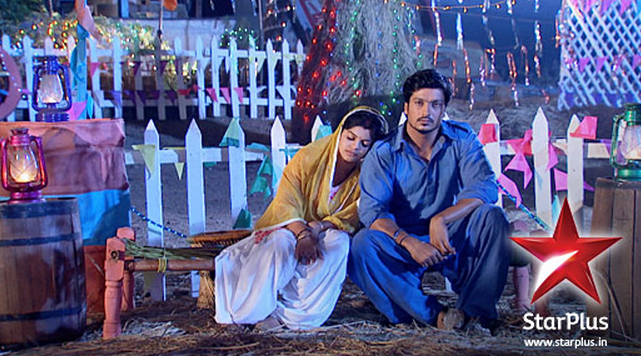 Ratan kicked out the golden chance of her life, thanks to Ranvi who is not able to understand Ratan and Veera, and the importance of love and someone special in their lives. Veera talks to Nihaal about Ratan and asks does he love her. Nihaal is laid back being unknown what will be Veera and Ranvi’s reaction. Veera says if he does not know, she can see it in his eyes that he loves Ratan, and its evident as he worries for Ratan so much. Veera plans with Baldev to get Ratan and Nihaal married in the temple, and gather everyone there pretending she is marrying Baldev. Ratan comes there with Chaiji and asks Veera not to marry Baldev in Ranvi’s absence. Veera tells her that they all have come here to get her and Nihaal married. Nihaal confesses his feelings to Ratan and proposes her marriage. Ratan is shocked and is afraid of Ranvi’s reaction. Ranvi confronts Veera and Veera asks him to think about Ratan needing a life partner, as she has always been hurt by her loneliness.

Nihaal gets courage and tells Ranvi that he loves Ratan and wants to marry her. Ranvi gets angry and insults Nihaal for having such love thinking as he has eyed Ratan by staying close to them. Nihaal is hurt by Ranvi’s words. Veera supports Nihaal and argues with Ranvi. Ranvi then blames Baldev to be behind all this and corrupting Veera’s mind. He asks Veera not to meet Baldev now, which irks Baldev even more. Ratan sees Ranvi angry on Veera and Nihaal, and tells that she does not want to marry Nihaal and says Ranvi is right, its disgusting how Nihaal desired to marry her. She suppresses her feelings for Ranvi’s sake and cries. Nihaal understands it and stays quiet. Veera pledges that she will make Ranvi understand Ratan’s need for a life partner and make her married to Nihaal. What will Veera and Baldev do now? Ranvi is limiting every love story, he should better watch out Gunjan’s activities, who is losing money in card parties and looting his hard earned money. Keep reading.