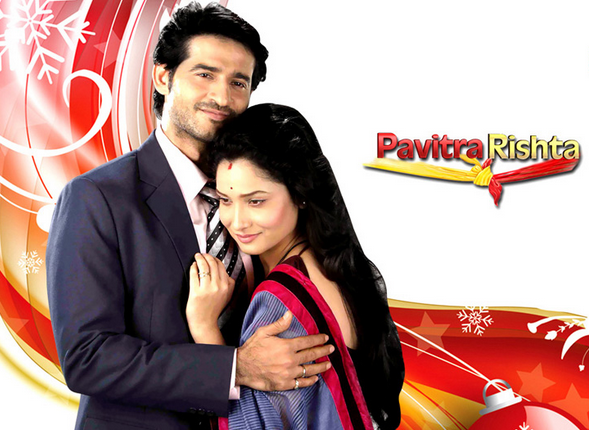 Zee TV’s popular show ‘Pavitra Rishta’ ended today after successfully ruling the viewers’ heart for more than 5 years. Orginally, the show focused on the story of educated middle class Archana and uneducated mechanic Manav. Their love itself speaks of the Pavitra Rishta and a strong bond which connects them for life and births, even though their marriage is an arranged one. They discover love after marriage and adjust to each other. Archana faced so many hardships because of her mother in law Savita. Manav always stood by her like a rock. The couple got separated after birth of their daughters Ovi and Teju because of the misunderstandings created by Savita between Archana and Manav. The show had seen so many leaps during the tenure. The first major one is when they shown Archana with her adopted grown up daughter Purvi. Manav was shown as a successful businessman post the leap with two lovely grown up daughters Ovi and Teju. Savita does their upbringing, far from their mother. 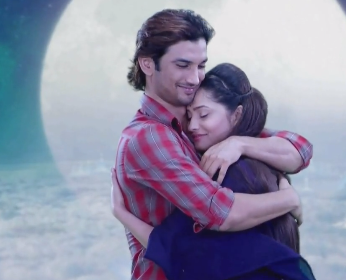 Archana longed for their love and gave all her motherly love to Purvi. When we talk about Purvi then we have to talk about Arjun too. Arjun is Purvi’s love interest in the show. Arjun and Purvi loved each other a lot, but couldn’t marry due to Manav and Archana’s daughter Ovi. Ovi was Arjun’s childhood friend and was desperate to marry him. Purvi forces him to marry Ovi as she believed that it will unite Archana with her husband Manav. Later Archana and Manav unite with each other. Purvi sacrifices for her sister and mother and silently moves from Arjun and Ovi’s way as she gets pregnant with Arjun’s child. Later Purvi meets a honest doctor Onir in Kolkata and decides to marry him after delivering Arjun’s baby. Arjun and Ovi are shown as a happily married couple infront of everyone, but was just pretending and couldn’t get along well. They lose their baby and Purvi gives her baby to Ovi. She sacrifices yet again.

Ovi was unaware of her sister’s sacrifice and gets jealous of her. Arjun slowly falls for Purvi again. Ovi divorces him and Arjun gets back to Purvi again. Onir and Ovi play cupid to unite Arjun and Purvi. The show focused on other characters’ love story too. It showed Archana and Manav long lost son, Soham’s one sided love story with doctor Gauri. Gauri decides to get marry Soham’s cousin Sachin, but Soham kidnaps her and forcibly tries to marry her. His family intervenes and tries to stop him. Soham kills Gauri accidently and falls in the lake.

The show marks the second major leap of 20 years. The story after the leap focused on Soham’s daughter Ankita. Soham gets married to some other woman and raised five children. He becomes drunkard after a leap. Ankita is shown as protective, caring and loving sister who earns and live for her siblings. She worked in Naren’s office. Naren Karmakar’s mother Rushaali offers Ankita to marry her partially mad son. Ankita gets married to Naren to stabilize her siblings future. She falls in love with him seeing the goodness and honestly in him. Naren is seen as a successful businessman who lost his memory after witnessing his girlfriend’s accident and thinks Ankita as his girlfriend Ahana. He even called Ankita as Ahana. They get closer and even consummated their marriage. Ankita gets pregnant and informs Naren about their upcoming happiness. Naren gets happy and they see so many dreams together about their baby. 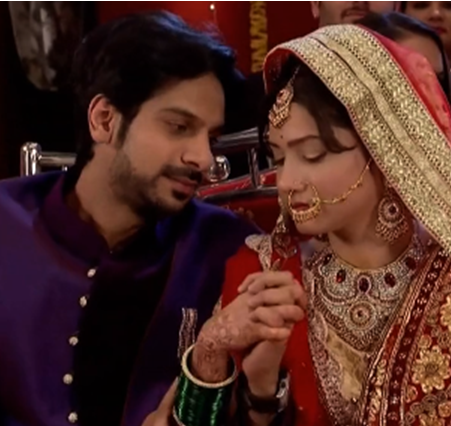 Then comes Pari /Ahana. Pari is shown as Arjun and Purvi’s daughter, who was Naren’s lost girlfriend Ahana. She enters Ankita and Naren’s paradise. Naren gets his memory back, all thanks to Ankita as she conducts an fire experiment as suggested by his doctor, risking her life. Naren doesn’t recognize her and refuses to regard her as his wife. Ankita had no other option than to accept the fact that Naren loves only Ahana, ie Pari and not her. She sacrifices for Naren’s happy and gets him married to Pari. Pari acts selfish and accuses Ankita for carrying someone else child. Even Naren’s mother Rushaali shows the fake contract duly signed by Ankita which states that Ankita married Naren for money and the marriage is null once he gets fine. Ankita moves to Banaras after getting insulted by Rushaali and Pari.

Pari gets pregnant and awaits for her delivery eagerly. Meanwhile Naren gets flashbacks of Ankita as he forgotten her completely. Pari meets with an accident and her baby dies in her womb making her bitter about life and her lovely equation changes with Naren. She holds Naren responsible for her baby’s death and immersed herself in business. Rushaali comes to know about Ankita carrying Naren’s child and steals her baby from the hospital, the moment she was born. She brings her home and names her Ashi. The show heads for 5 years leap then. Ashi is seen loved and pampered by Naren while Pari refuses to give her motherly love. Ashi longs for her mother’s love and thinks to find a good wife for her dad. She meets Ankita in Banaras. Ankita decides to move on with the guy Ranvijay with whose family she has been living with since 5 years.

Ankita takes care of Ranvijay’s daughter Vaishnavi and gives an approval to marriage for Vaishnavi’s sake. On the day of her marriage, Pari does Ranvijay’s accident and he slips into coma. Naren takes him to the hospital. Ankita holds Naren’s guilty and slaps a case against him. Naren loses his home and business inorder to protect his wife Pari. Ankita thinks Naren has changed and questions herself how can she love a selfish guy like Naren. She starts hating him. Manav appoints Ankita as new MD of his company. Naren and Pari work under Ankita. Pari gets jealous and thinks to snatch business from Ankita.

Later she comes to know about Ashi being Ankita’s daughter. Pari kidnaps Ashi and gives her to a childless couple. However Ankita saves Ashi and gets to know about Ashi’s real identity. Naren gets equally touched as he always felt some connection with Ashi. Ashi gets happy knowing Ankita is her real mum. Naren gets disgusted knowing Pari’s hatred towards Ankita and Ashi. He decides to divorce her and marry Ankita. Pari tries hard to take him on her side, but fails. Her hatred brings Naren closer to Ankita. Ankita gets Manav return Naren his home and business. She walks out of his home, unable to take Pari’s taunts any longer. Naren gets an attack and recalls everything about Ankita. He wishes to marry Ankita. Pari asks someone to give some injection to Ranvijay which makes a person to come out of coma or die. Fortunately Ranvijay gets well. Pari fills his ears against Naren and asks him not to let Ankita marry Naren. Ranvijay agrees with her and asks Ankita to marry him soon. Ankita gets shocked, but then decides to speak her heart out. She tells Ranvijay that she can’t marry him as she loves Naren very much. Ranvijay respects her decision as she has spoken about her happiness. He gives her hand in Naren’s hand surprising Ankita. Ankita thanks him for understanding.

Pari thinks she can’t lose from Ankita and decides to kill her again. She already attempted killing Ankita before, but failed. Deshmukh and Karmakar’s family gather for Naren and Ankita’s marriage and start preparing for their grand wedding. Ankita and Naren gear up for their wedding, oblivious to Pari’s plan. Pari tries hard to stop the wedding and even plans a chandelier attack on Ankita. Purvi and Arjun are shown in PR’s last episode as they have come to make their daughter realize her mistakes. Arjun and Purvi talk to Pari. Purvi makes her understand that Naren’s happiness lies with Ankita and love is all about sacrifices. She makes her realize her mistakes. Pari realizes her mistake and apologizes to Ankita and Naren. Ankita forgives her whole heartedly.

The show has shown sangeet, mehendi and marriage of Ankita and Naren before bidding adieu to its viewers. The last episode showed Ankita and Naren taking the wedding vows and superb performance by Zee TV stars, followed by Archana and Manav’s death. Archana dies after hearing about Manav’s death in an accident. The family mourns over their death. Ankita and Naren live happily with their daughter. Archana and (Old Manav/ Sushant Singh Rajput) Manav’s souls meet in heaven, not to separate again as their relation is pure and for births. We will miss Pavitra Rishta and its generations. The show had wonderful actors like Sushant Singh Rajput, Ankita Lokhande, Hiten Tejwani, Karan Mehra and others.