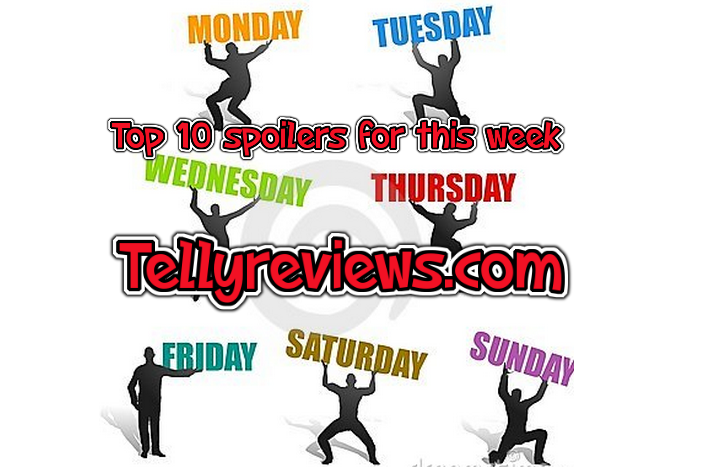 Akshara celebrates Bhai Dooj with Shaurya and Anshu. She arrives in her Maayka and everyone looks happy. The brothers gift her. Akshara feels all the pregnancy symptoms, and everyone assume she is expecting. Naitik apologizes to Akshara as he scolded her when she forgot to give medicines to Naksh. Things later on become fine as romance fills up. The Karwachauth function becomes the Valentine Day for Naitik and Akshara. Akshara could not keep it in Karwachauth day, and she keeps it after the Diwali days. Naitik thinks they should keep it now, as they are fine now. Naitik wants to fulfill her dream. She goes to see the moon. He blindfolds her eyes and shows her romantic surprise to her. They break their fast by seeing each other. They have a sweet dance and have romantic dinner. Naitik’s motive to make Akshara happy gets fulfilled. Naitik is all smiles as the annoyance between the couple has gone. Akshara tries to make Naitik and Naksh’s equation better, and make Naitik understand that he can’t limit Naksh all the time for petty things.

Some men taunt Baldev by passing bad comments on Veera. Baldev gets angry and beats them. As he is alone, he can’t handle all of them, and they overpower him. Baldev gets beaten up and wounded. Meanwhile, Rajveer plans to kick out Baldev from his way and goes to Ranvi’s house saying he has to check his house and godown, having search warrant. Ranvi respects the law and asks Rajveer to do his work. Jaggi and Billa were planning to hurt Ranvi, but before that, Baldev falls into the problem. Rajveer would have landed Ranvi in jail after getting the liquor barrel at his godown, but entire blame goes on Baldev yet again for this plotting, and he gets arrested too. Veera is angry knowing from Baldev’s friends to tackle Ranvi. She gets restless to free Baldev, knowing he is framed in illegal wine keeping case. Veera takes Jaggi’s help and tracks those men who did this to take revenge on Baldev. Rajveer buys a engagement ring for Veera, as he is madly in love with her. Veera catches the men who did wrong with Baldev and gets them to the police station. She asks Rajveer to free Baldev as he is innocent. Rajveer has no option, as those men admit their crime. He gets angry as his plan fails to keep Veera and Baldev away, he throws the ring in dustbin, being angry imagining Baldev will be free and around Veera again.

Aahil brings Seher (assuming to be Sanam) to a romantic surprise date. He blindfolds her eyes and gets her to the lighted well decorated place. He holds her hand and admits his feelings. They light the Chinese lamp. Its Diwali time and lots of diyas light up in Seher’s way. Seher thinks about Rehaan. Aahil’s love surprise makes Seher shocked, not happy. She tries to get away from Aahil, as its Rehaan in her mind. Seher leaves the place, making Aahil upset. It has to be seen when will Seher speak out the entire truth to Rehaan, not being afraid of Rehaan’s anger.

Paridhi is shocked to know she got the Sautan in her marriage. Radha has also got married to Jigar along with Paridhi, by bumping into the wedding rituals alongside Paridhi by fooling them. At the time of Grah Pravesh, Radha comes and pushes Paridhi saying she has married Jigar too. Poor Jigar, left with two dangerous cunning wives. Radha and Paridhi have a argument, and they start slapping each other. Jigar gets angry on Radha. Paridhi starts angry and her dad consoles her. Kokila scolds Radha for falling so low. Radha is back to take revenge from Modi family. Radha does not want to hurt Paridhi, but she wanted to get back in the family and took this step. The brides’ slapping scene shows their outright anger, but turns out to be funny catfight.

An upset Bhalla family heads home after Raman’s shocking speech. They are super shocked knowing their home got burnt by the fire. They have to shift to someone’s house for temporary time, as of now. Its new place for them and they are annoyed as they had memories with the old house. The show’s set really caught fire and the show really utilized the situation to show the set change well. The Bhallas discuss about Raman’s words and the reason behind this, being clueless that Mani and Ishita has hurt Raman’s heart. Ishita and Simmi set up the new home, and Ishita waits for Raman to come home. An angry Raman decides a take a step to make Ishita away from his life.

It’s a happy ending in Pyaar Ka Dard Hai. Adi has accepted Ayush as his brother and even convinced Harish by reminding Avantika’s love. Pankhudi and Avantika have finally got Harish back in their lives, as he had earlier got annoyed by Ayush’s birth truth. Payal’s move to inform media about Avantika’s illegitimate son Ayush, turns out to benefit her personally as Harish enters to support her in the tough time. Avantika is asked to resign from her city mayor post, post Ayush’s truth out in the media. Adi defends Avantika for the hard work she did to reach this post. Avantika is ready to resign. Harish and Avantika patch up after forgetting all the fights. Pankhudi and Adi make everything fine. Harish accepts Ayush as his second son, which he refused before. Payal gets the right sense at the end, and everyone has smile on their faces, with Adi and Pankhudi being the limelight. The show will be surely missed a lot.

Tanu gets emotional about Abhi and hugs him. She says she wanted to marry him, and stay her life as his wife, spending every moment with him. She cries and asks him to reply. Abhi does not give any word. Tanu has seen Abhi and Pragya getting together in the Karwachauth function, and she decides to make Abhi sentimental to marry her. Abhi is confused what to do, as he has to take a serious decision. Tanu is facing risk that Pragya can win Abhi. She says she left everything for him, and he has to marry him. Abhi says he is already married, and she can’t ask him to marry her. He says he has committed to Pragya and he can’t ditch her. Tanu gets angry and asks him does he love Pragya, making him think over this….. Pragya and Tanu’s fight is warmed up to entertain.

Aarzoo has taken a big step towards her fashion designing dream. She makes many new rocking designs, and shows it to Sahir. Anam is the hurdle in Aarzoo’s life. Anam blames Aarzoo for stealing her designs and makes Sahir confused. Anam says all the beautiful designs are made by her. Sahir believes Anam as she fills his ears against Aarzoo. Sahir does not believe Aarzoo and credit goes to Anam. Aarzoo decides to prove it to Sahir and expose Anam. Sahil will later realize Aarzoo’s talent.

Disha has been saved by Sandhya’s eyes, as Soorraj called her in nick of the time, and her link with RK has not been seen. RK gets unwell having the food made by Bhabho. Sandhya questions Lohya how did this happen, when they got the food by her home. She asks him to think and say if anyone was around him. Then comes the twits of Prema being exposed. Prema added the medicine in the tiffin to make RK unwell, to save him from getting hanged, as they want to execute the Operation Grahan and free RK. Sandhya comes to know Prema is RK’s helper. Before she can reach Prema, Prema runs away from Rathi family. Vikram and everyone are shocked to know Prema’s truth. Sandhya issues a search warrant for Prema and wants her at any cost before RK’s mission starts. The police starts looking for Prema.

Dadi has come to know the truth that Yuvraaj loves Soumya and he married Suhani being helpless. She confronts Yuvraaj, but he lies to her once again. She thinks to wait for the right time and ask Yuvraaj. Dadi goes to meet Soumya, to see what happiness she gets in the small rented house, with Krishna and his family. She senses Soumya is not really happy with Krishna and starts cooking a dream to unite Yuvraaj and Soumya. Later on, Suhani and Yuvraaj bring a cow for the Gau puja, as Dadi made it clear to get a fair cow and without any black mark. Suhani did not see the tilak mark on the cow and got it home. Dadi does not see it and is happy to see its fair one. She does the puja and Rags shows her the black mark, which annoys Dadi, as she does not like dark and imperfect things. Dadi starts scolding Suhani, and Yuvraaj defends Suhani once again. Lots of drama lined up as Dadi starts inviting Soumya over to make her close to Yuvraaj.