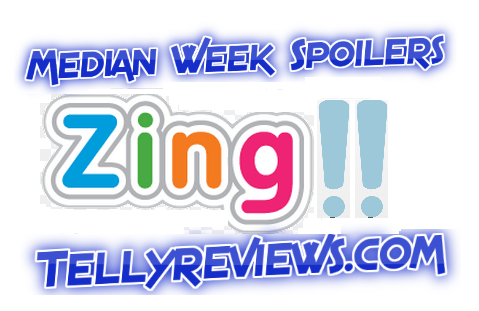 HumSafars:
Anam is finally exposed for stealing Aarzoo’s designs. Sahir was unaware of this and always scolded Aarzoo finding her less talented. He did not know that Anam has stolen her designs. He has sent Aarzoo to take a sample, and he came to know this big truth. Sahir gets angry after knowing this truth about Anam, and warns her to stop doing such things. Sahir is disappointed and annoyed. He realizes Aarzoo was right always and he feels bad for his mistake.

Maharana Pratap:
Maharana Pratap comes to know about the auction taking place in the palace. He reaches there hurriedly, where Ajabde is already present. Ajabde and Pratap does not know about their identities until now. Dhaman singh’s hired men (Bheema and his group) initiates the attack on Pratap. Ajabde comes in between and protects Pratap. In the ensuing fight, Ajabde saves Pratap and gets wounded in the fight. Ajabde fights with the men and shows great sword fighting skills. She is about to kill the attacker, but Pratap stops her. Pratap gets hurt and his blood fills her hairline, as sindoor. Pratap and Ajabde feel something and special connection/bond between them, and their distance will be gone soon when they know they are husband and wife, leading to Ajabde’s way to Mewar as the righteous Queen.

KumKum Bhagya:
Dadi warns Abhi not to play guitar for so long. Abhi’s fingers gets swollen and he thinks its impossible to play guitar in the concert now. Pragya treats his hand by her home remedy and puts his hand in the warm water. They start arguing again. He does not believe it can work out, but Pragya’s touch becomes magical for him. He feels better and smiles seeing her. Pragya makes him have the curd and wishes all the best for his concert. Dadi asks her to go along Abhi, but Pragya makes an excuse of not being well. She does not go with Abhi, but she is sure that Abhi will win.

Meri Aashiqui Tum Se Hi:
Its Suhaagraat of Ishani and Ranvir. Ishani scolds Ranvir for making her away from her Chirag, and leaving no option for her than to marry him. She holds his collar and says you snatched everything from me to get me in your life. Ishani is still living in her dream world where she regards Ranvir wrong.

Nisha Aur Uske Cousins:
All the cousins sing a song for Nisha, as they come to know about her and Virat. Nisha falls in Virat’s arms by mistake and they think there is something between them. Nisha regards Virat just as her mentor and the cousins think Nisha likes Virat and cook up a song scene. Nisha’s life gets a new turn after meeting Virat, as she is very much impressed by Virat and starts liking him.

Yeh Hai Mohabbatein:
Ashok’s truth will be coming out very soon. Ashok dances with Mihika in the function, and also passes some taunts to Raman, to come in his ex wife’s Mehendi function. Shagun is worried by the mehendi spoiling which she regards a big Abshagun. Anyways, nothing can change Ashok’s mind, as he wants to marry Mihika. Ashok dances shamelessly with Mihika and also lifts her in his arms. Shagun looks on not knowing Ashok’s real intentions. Mihika fails to expose Ashok and fails in his clever trap. Ashok plans to blackmail Mihika and marry her. Shagun will be soon out of his life, and she will be taking shelter in Bhalla house with Raman and Ishita being her backup. This twist will bring more bang-on spices in the show.

Shastri Sisters:
Neil comes to know about Rajat and Devyaani’s engagement, and opposes it. He thinks Minty and Nikki are taking revenge from Devyaani, as she has ditched him, but he realizes later that Devyaani kept the fast for Rajat on Karwachauth day. Neil breaks down thinking Rajat has lied to him and hidden his feelings about Devyaani. He feels Minty is breaking him down by bringing the same girl as his Bhabhi. Neil thinks to stop the engagement, but stops seeing Devyaani’s happiness. Devyaani offers friendship to him, and he rejects it. Anushka hides from Rajat about Sareen and Minty choosing Devyaani for him. Sareen doubts Rajat has signed to Anu that day, but Minty clears out that Rajat told her about Devyaani. Minty lies to him and has a fear in her heart that her one mistake can break Rajat’s heart too. Nikki asks her to take the risk to settle scores with the Shastri Sisters. Nikki’s plan to make Rajat refuse Devyaani on the engagement day and making her feel the rejection pain fails…. Rajat agrees to get engaged to Devyaani on Anushka’s insistence and Nikki and Minty are shocked seeing the engagement done. Devyaani tries impressing Minty, and Minty angrily thinks to break off the engagement to take revenge on Devyaani. Will Devyaani find out that Rajat loves Anushka?

Hum Hain Na:
Sagarika is upset with Bunty, and he tries hard to make up to her. He brings the food plate and tries to make her have food. Bunty is stuck between his mum and wife. He is still balancing between them, and is worried. Sagarika is annoyed on her name change, and he calms her down. His mum wants Sagarika to change her name to Parvati and Sagarika is against this. Sagarika waits for him in the room, and he is busy with his mum. Bunty comes to her and sees her crying. He tells her that his mum is wrong and he will not change her name. Sagarika gets convinced and eats the food by his hand. Bunty is glad and thinks to talk to his Amma now.

Saath Nibhana Saathiya:
Radha has controlled the Modi family again, and has made Gopi dance on her beats this time. She threatens that she will not leave Jigar and also made Jigar dance on her fingers. Ahem and Kokila looks on. Radha has woke up everyone mid night, and tells about her baby wishing to see something entertaining. She makes Jigar do some situps and asks Gopi to dance and entertain her. Radha plays the dhol and dances with her. Everyone is upset with Radha’s pregnancy.

Ek Hasina Thi:
Dev has found the striking similarities between Durga and Nitya, and is close to the truth now. Durga is worried as Raima is not getting consciousness and prosecution lawyer has extended the custody to one month. Durga wants to free Dev in just two days and makes a plan to fool Sakshi, showing that Raima gas come out of her coma, and make Sakshi attack her. Rajnath wants Raima to be safe and also wants justice for her. He wants Dev to get punished. Rajnath is unaware of Sakshi being behind Raima’s murder attempt, and soon Sakshi will be exposed and Dev will be released being announced innocent in Raima’s murder attempt case.

Kaisi Yeh Yaariyan:
Cabir has been threatened by Harshad about his affair with Raghav. Harshad asks Cabir not to perform with the Fab 5 in the Musicana and wants Cabir to accept this condition, as his first step on the stage will make him showcase the video on the big screen, bringing out his affair. Cabir does not care about Harshad’s words. Harshad asks him to think again, as he will make the video go viral and this will make Fab 5 disqualified from Musicana. Cabir is tensed and equates his performance with Fab 5 or the band’s performance in the Musicana. Cabir makes a decision being selfless. The Musicana’s first grant night starts and Shaan and VJ Gaelyn will be seen in the show. Shaan performs in the event and is the judge. Fab 5 is called on the stage to perform. Manik marks a rocking story and the band performs on Haider’s song. The audience loves Fab 5 performance and Harshad gets raged. Cabir gets missing……

EVEREST
Ramesh Roongta is not such a straight forward businessman, as he looks. He wants the most profits by employing Aakash in the Mission Everest plan. He shares everything with Arjun, and tells him the reason why he found out about Aakash’s Vertigo problem and got him in the mission. He wants the documentary to be made on the biggest mountaineering event, but not only on Arjun, but on every member who is part of the adventure. Anjali comes to know about her father’s dream and decides to reach the peak of EVEREST to make Jagat Singh accept her as his daughter and be proud. She refuses for marriage, as she has not yet achieved her aim. 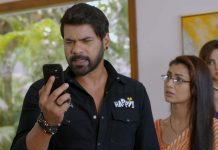 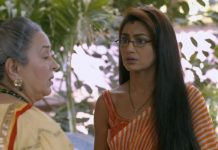