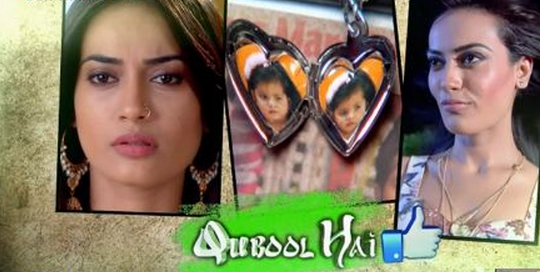 Dilshad and Seher have met finally. The past truth has come infront of Seher that she is her granddaughter and elder sister of Sanam. Seher felt she is an orphan, but it is a moment of delight when she comes to know Dilshad is her grandma. Seher finds it hard to believe and is overwhelmed by emotions. The past recall scene leads to a grand hug between them. Dilshad has got her voice and tells the past story about Asad, Zoya and Tanveer. All secrets will be revealed and Tanveer’s evil will be ruined by Seher. Seher decides to take revenge from Tanveer for all the sufferings she gave to Dilshad and their family. Also, Rahat asks for another chance from Haya as he will give his best to their marriage. Haya complies to Rahat which angers Faiz. Will Haya come to know about Faiz’s plan to break her away from Rahat?

Sanam, Seher and Dilshad may form a happy family soon. Coming to their love stories, Aahil was ready to do Nikaah with Sanam/Seher, while Seher eyes Rehaan with love. Aahil’s dream broke when she refused to marry him, and he is shocked to see some other girl as the bride. Sanam comes to the venue and entire family is shocked to see Sanam and Seher, the twins. Aahil was in shock. Tanveer is trying to get Aahil married to someone else. With new twists coming in the show, Aahil has to be strong to withstand shocks. Keep reading.