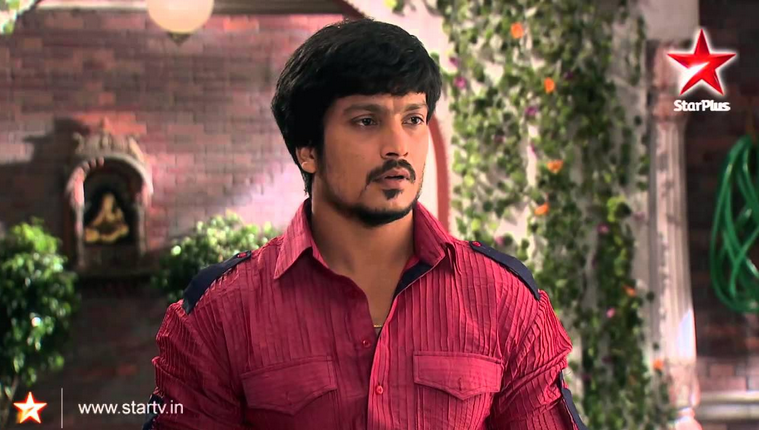 Simran has been fooling Baldev and is in constant touch with her boyfriend from Delhi. While Baldev’s friends ask him to get married to Simran and shift to Delhi, so that he can easily forget Veera. Baldev is clueless about his marriage decision, whether its right or wrong. Jaggi and Billa come to know about Simran’s truth by Veera and they decide to find her boyfriend. Simran does not want Baldev to shift to Delhi, as Simran and Amrit has taken many loans in the city and have run away to start a new life in Pritampura. Amrit tries to influence Baldev saying Bansuri and Balwant are growing old and they need their son and daughter in law with them. They emotionally blackmail Baldev to make him stick to his Pind. Simran is glad that Baldev agreed and the marriage day is near.

Baldev goes to meet Gunjan and sees Ranvi finalizing Rajveer and Veera’s marriage. Veera is shocked and cries. Nihaal suggests Ranvi not to pressurize Veera and supports Baldev till the last moment, annoying Rajveer. Rajveer helps Gunjan in her loan matters and asks for help to convince Veera to marry him. Gunjan feels Rajveer is really good for Veera and asks Veera to accept him. Baldev angrily witnesses this and leaves. He goes to marry Simran, and the marriage stops as Jaggi and Billa bring Simran’s boyfriend. The guy speaks out Simran’s truth, and a big drama follows. Nihaal requests Ranvi to let Veera marry Baldev. Well, this can make Baldev marry Veera, just Rajveer has to exit. Post Baldev’s accident, Ranvi agrees for Veera and Baldev’s marriage and the couple spend time together after a long time. Veera and Baldev respect their relationship more. The viewers can expect Baldev and Veera’s marriage soon. Well, Rajveer still has much more to do. Ranvi sees Nihaal taking care of Ratan always, and starts feeling that Veera’s decision was right about Nihaal and Ratan’s marriage. He feels he did a mistake. Ratan does not want to hurt Ranvi’s sentiments. The major twist in the show will be a heart breaking one. Nihaal’s character will die soon, shocking Ratan the most. Is Rajveer behind Nihaal’s death? Keep reading.