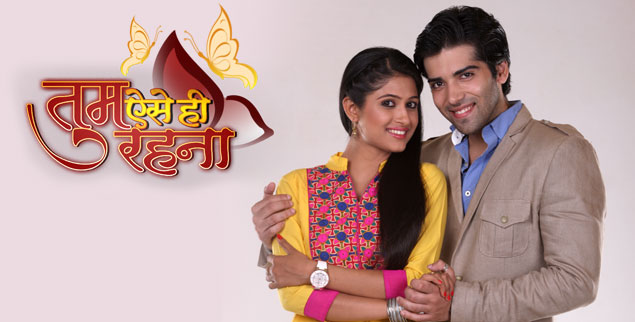 Abhi and Ria are going to get married finally after overcoming many hurdles because of Abhi’s hardcore mother Rukmani. Ria invites Abhi’s elder brother Jatin for her marriage being oblivious that Jatin is Abhi’s brother. Jatin comes to attend his namesake but caring sister’s wedding. Everyone gets shocked seeing him. Rukmani questions her family why Jatin came to the wedding and who invited him. While everyone is clueless, Ria speaks up and reveals that she invited Jatin. Abhi gets surprised. Rukmani thinks Ria invited Jatin intentionally to humiliate her family infront of guests and goes on to blame her for ruining her respect. Ria suggests on why she will create a scene at her own wedding. Rukmani is clueless though, but keeps on shouting on Ria and Jatin. Jatin acts helpless and agrees to leave the wedding as he don’t want Abhi and Ria’s marriage to halt or cancel because of him. He doesn’t want any hinderance in Ria’s marriage. Ria is like his sister to him and was his emotional support when he parted ways with his own family.  Rukmani goes inside the room, followed by her puppet husband Kailash and her dutiful mother-in-law Dadisaa. Rukmani is adamant to cancel the wedding for Abhi’s betterment. She believes Ria is a clever girl who will ruin her home. Dadisaa reminds her that they do have two daughters at home, Kiran and Pinky and if they return without a bride then who will marry their daughters. Rukmani is still adamant on her decision. Ria asks Jatin to give her some time to convince Rukmani.

Ria persuades Rukmani to let Jatin do the brotherly duties during her marriage rituals. Rukmani gets angry as she couldn’t bear Jatin even for a second and refuses to oblige. She then asks Ria to go ahead with the marriage rituals sans her presence. Ria replies her that she can’t marry Abhi without her blessings. Even though they love each other and it is their love marriage, but they can’t marry without elders’ blessings and consent. Rukmani is still unconvinced and couldn’t believe Ria. Kailash speaks up at this moment and tells Rukmani to agree to Ria’s request and let Jatin attend the wedding as Ria’s brother. Dadisaa and Abhi too try to convince Rukmani. Rukmani finally gives up and agrees to give Jatin just 5 mins to do the rituals though she is still angry with Ria and Jatin. Ria gets thankful to Rukmani for her favour and gets happy.

Ria and Abhi get married with elders’ blessings. Jatin gets emotional on doing the duties of a brother in Ria’s marriage. He gets happy as he feels to have gotten one chance to connect with his family because of Ria and is thankful to her. However, Rukmani fumes in her heart and determines to teach Ria a lesson and make Abhi realize his mistake for marrying her. She joins hands with her brother-in-law Raman to create a rift between Abhi and Ria after their marriage. There is one more challenge for Abhi and Ria as Rukmani is still unaware of Ria being a M.B.B.S doctor. Abhi promises Ria that he will let her work after marriage too. Will Rukmani agree to let Ria do her doctor’s duty? Keep reading.