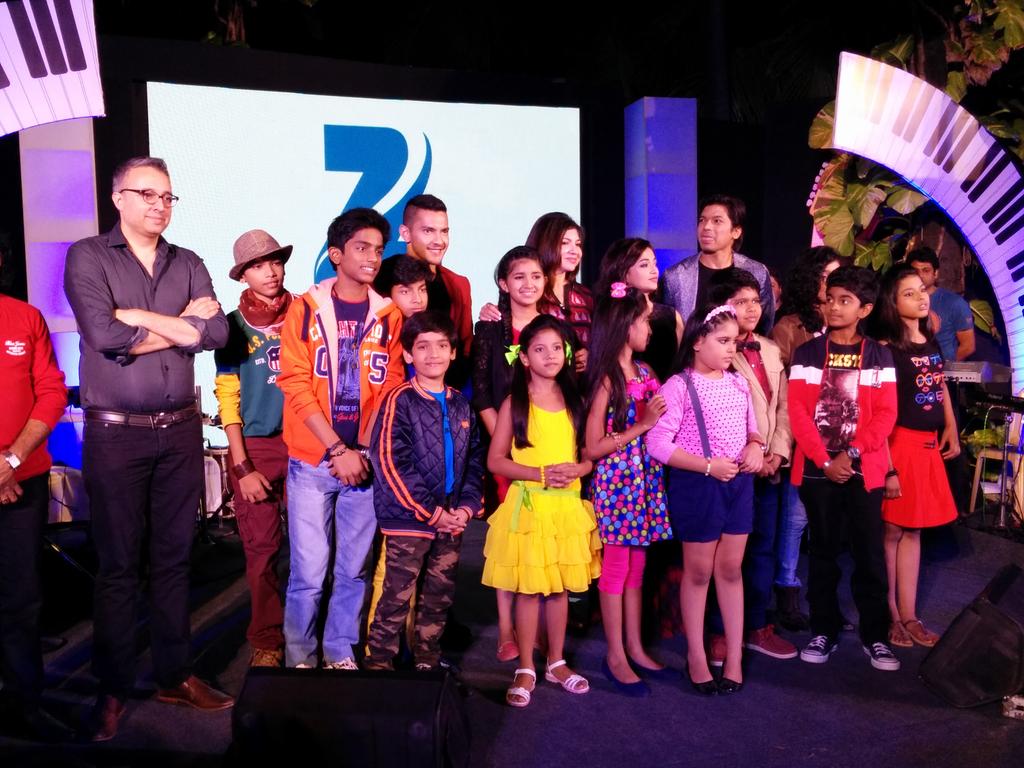 Zee TV’s Sa Re Ga Ma Pa Little Champs Season 5 – Suron Ka Mahamanch (big platform of musical note) is going to start from 27th December 2014. There are 12 child participants for the musical competition. All the contestants are seen grooving and singing the Havan Karenge song [from Bhaag Milkha Bhaag movie] to share their excitement in the promo. Earlier Seasons were held in 2006 [S1], 2007-2008 [S2], 2009 [S3], and 2011 [S4]. The show is telecast every Saturday/Sunday @ 9 PM.

* Some Info on Contestants:
– Keshav Tyohar: Hindustani classical and Light music
– Ridham Kalyan: From Amritsar who has music even in his name
– Sneha Pandit: From Mumbai. Loves singing as much as she loves pizza and new clothes
– Aishwarya; Varenyam; Antara; Gagan; Ishita; Prabhupada; Arunima; Aravind; Isis Paul
– Contestants are from different places of India. To name a few, Punjab, Mumbai, Bengal, Karnataka.