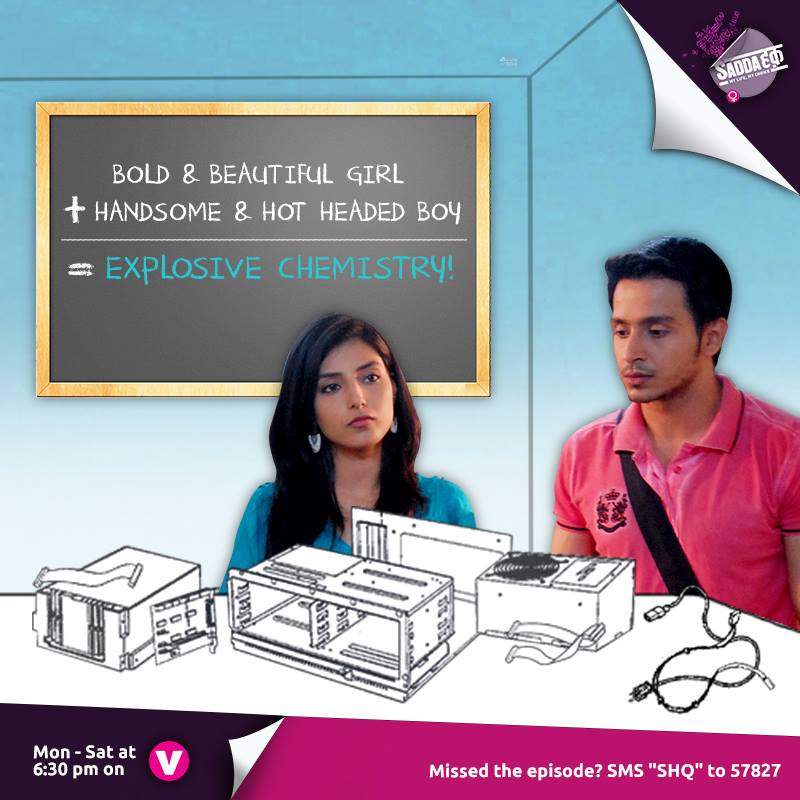 Rajveer’s fixation on mini skirt and to lower girl’s self-esteem have resulted in his downfall. Rajveer have the thinking that a Figure Wali Ladki (girl with nice figure) and Jigar Wala Ladka (boy with kind-hearted) are good match but that’s not true since he is not good-hearted. Priyali succeeds in her plan which she made with Sanyukta and Randhir in exposing Rajveer’s guilt in framing both of them. She first acted to feel shameful for being Sanyukta’s mentored student so to win Rajveer’s favor. She then went him on the pretext of joining and helping him. He asked her for a loyalty test and was successful in convicing her to come in a mini skirt to boy’s hostel. He was unaware of Priyali’s plan to expose him. Priyali went in mini-skirt and he felt much awe to see her and takes her in his side. He gets applaud by his friends for changing Priyali so much and in that spirited mood he spills up on his framing of Sanyukta and Randhir in Manish’s bullying case. He was waiting for their arrest next day but little he knew that Priyali have recorded his manipulation and deceit on phone. Priyali stops Maya who was calling the police with a heavy heart to follow rules and for FITE’s reputation. Maya hears the Rajveer’s confession of manipulation and understands about Sanyukta and Randhir’s innocence.

Rajveer tries to evade his arrest by police by citing he is not FITE regular student and also brings college reputation question. Moreover, he offers to bring back Manish in exchange there is no police against him. He is thrown out of the college by Maya, PKC and other staff. Sanyukta and Randhir thanks Priyali for her immense help. Thus, the bullying case accusation against Sandhir is put to rest. What are the next steps Maya would take to make sure no FITE student gets bullied in future ? How Rajveer would deal with the bashing by Maya & Co ?

There is new development in the story with Randhir first learning about his mom Renuka Sanyal’s company coming to FITE for internship’s placement and is upset. Sooner, he learns about his mom’s second marriage though Sanyukta tried hard to not let him know. She even tried to call Renuka requesting her to call her son and inform him about the marriage but in vain. As expected, Randhir goes to confront his mom and her husband and also finds his step-brother. Will Randhir be able to lower his aggression on his mom’s second marriage development ? Whether Sanyukta and Randhir able to find the same company for internship ? Vardhan sir – actor Krip Suri is returning back to the show, Is he going to consolidate Randhir ?