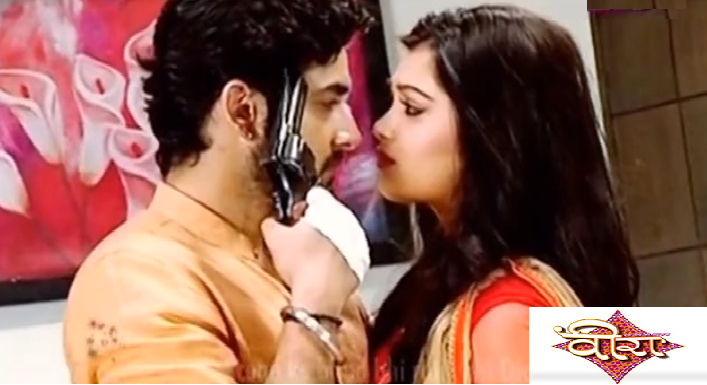 Ranvi comes to meet Veera and asks her to come home with him, as he can’t let her stay with Baldev, who does not respect his wife. Veera refuses to go with him, and decides to stay with Baldev, till she proves him innocent. Baldev laughs and insults Veera even more, making Ranvi fume. Ranvi cries and confides with Ratan about the problems Veera is facing at Baldev’s home. Baldev does not let Veera speak anything in her defense and starts doubting on her, once he spots her with Rajveer. He does not know why Veera met Rajveer and thinks she is cheating on him and has an affair with Rajveer. Veera meets Rajveer to get more clues against him, and Rajveer also cleverly manipulates Veera to get the evidence she has got against him. Baldev thinks Veera married him showing pity and to look great in everyone’s eyes, and gets raged. Veera tries to tell him about Rajveer’s obsession for him, and her doubt on Rajveer, but he does not listen to any of her words.

Baldev drinks a lot thinking about Veera and her deceive. Veera comes home and asks him to stop drinking. He gets angry seeing Veera infront of him, and plays a life and death game with her. He aims at himself and gets saved by the empty bullet shell and then aims at her. She also gets saved by empty shell, and he continues it till any one of them dies. Veera is shocked seeing Baldev’s madness. She tries to stop him reminding him about their love. He gets the glimpses of the torture he went through in jail, and threatens her that he will end his life. Jaggi and Billa reach there in nick of the time, and stop Baldev from giving up his life. Will Veera be able to bring out Baldev from this trauma? Keep reading.