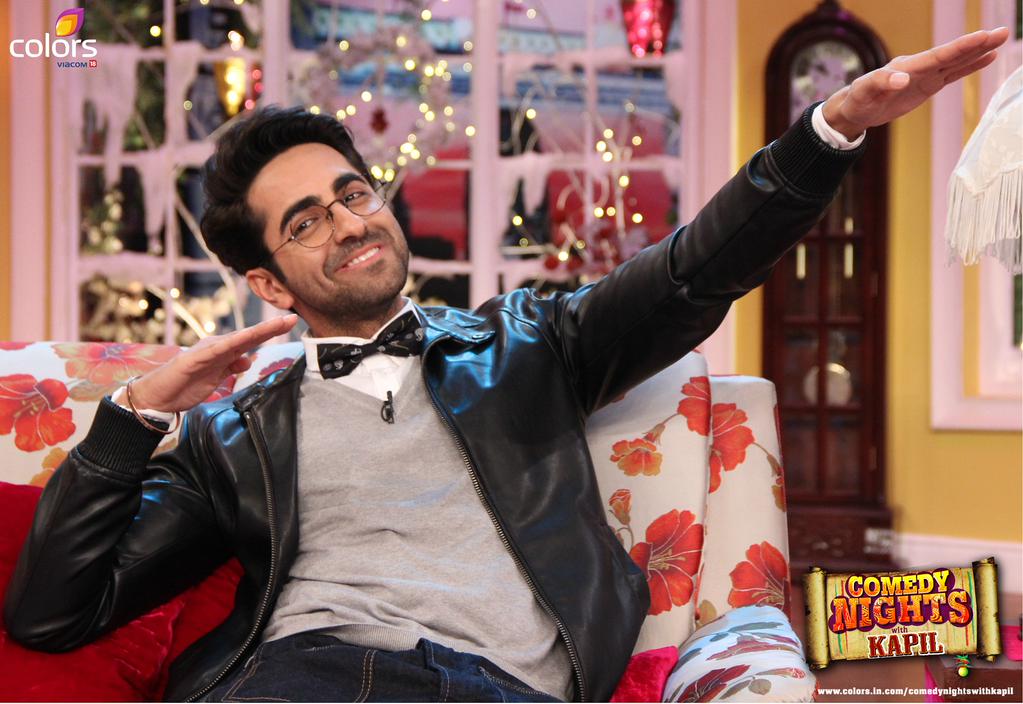 Guest on the show: Actor and Stars: Ayushmann Khurana and Mithun Chakraborty – the cast of the upcoming movie Hawaizaada

Comedy Nights set-up is still based in London with Bittu’s Nani continue to speak about manners and even taunts at Bittu and Bua. There is entry of another character on the show – Bittu’s Mausi (Aunt) portrayed by Mini Mathur – Actress, Television Host and model. Bittu’s Nani tries to inform Bua on the etiquette when meeting a boy in London. She tells her that for the greeting the cheeks of one should touch the other.

Bua replies with much energy and excitement that once the boy comes she will make sure to touch his cheeks in such a way that he will definitely shout and become awe. There is more fun with Bittu’s sasur dancing with Ayushmaan and audience members and even sings a punjabi song and suprises Mithun Da by coming out from beneath his legs. There is a I am a Disco dancer song moments when Mithun Da goes in high spirits and dances on that song and Daadi, Ayushman, Bittu’s Nani giving him good company.