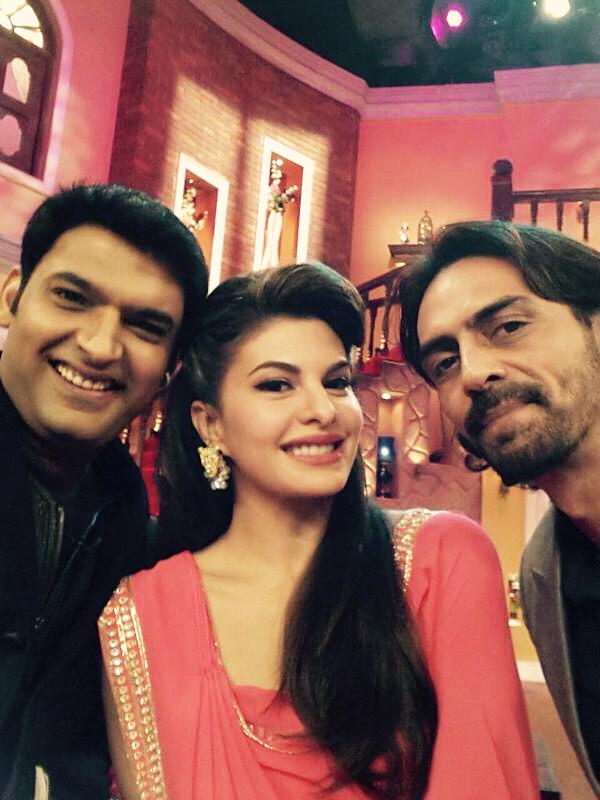 Guest on the show: Actor and Stars: Jacqueline Fernandez and Arjun Kampal – the cast of the upcoming movie Roy

The show starts with Bittu speaking of opening an antique shop to earn money to go back to India from London. Manju aka Mrs. Bittu sharma comes and speaks of preparing Mooli ke Paratas [Radish Rotis (bread)] for him. Bittu makes a taunt at Manju and also at her face by suggesting it is round like a Roti. Manju shows her displeasire since Bittu doesn’t appreciate her. She soon learns that Bittu has set-up an antique gift shop there.  After finding her Saree there she becomes amused but Bittu makes a taunt that it is 250 yrs old. Sooner then, Bittu’s sasur comes in wearing a cricket dress and carries a bat and wears pads. Manju is impressed with her dad on playing cricket and he speaks of making 200 runs just by running invoking a laughter. Bittu asks how come and tries to pull his leg. Manju leaves from there speaking of complaining about Bittu to his Nani (grandmom from London). Meanwhile, Bittu’s sasur tricks him and leaves by stealing an antique piece. Bittu gets reminded on how he was tricked earlier in marrying Manju by her father. Paresh and Purbi joshi comes as a couple dancing fervently but without having proper balance. Purbi as the lady asks Bittu to show her a gift for her husband. Bittu makes a taunt at her husband by suggesting he looks like a lady but calls her educated and sexy. The lady’s husband portrayed by Paresh is seen wearing scottish ancient traditional clothes – Kilt. Bittu then offers the lady a replica of Taj Mahal and calls it the baby of the original Taj Mahal. The husband wonders and Bittu justifies by saying that Taj Mahal is the symbol of love thus to have its own baby makes sense.

Jacqueline comes on the stage on the Chittiyaan Kalaiyaan song from her movie and soon Arjun Rampal marks his entry. Kapil speaks that Jaqueline is an animal lover but she was attacked by monkeys during the shooting of Roy. Arjun shares an anecdote of seeing Jacqueline for the first time and calls it as his first impression of her. Arjun speaks that Jaqueline was walking in the style of Monkey and wants her to do the same there. Jaqueline agrees and does the walking by putting more weight on her right leg. She reminds that Arjun has taken all the bananas on a lighter note. Bittu suggests that the monkeys came actually to see her and took the excuse of snatching bananas. Kapil reminds of a temple in Shimla where monkey has actually showed a taunt sign at him after finding he doesn’t have any food in his pockets. Sunil Grover sits in the audience and introduces himself as Lallan Babu and wants to know from Arjun on how to woo a girl. He is wearing a pyjama and Arjun wants him to be bit stiff but Lallan suggests if he does so then his pyjama will fall down invoking a laughter. Arjun then removes his muffler and suggests Lallan to stay with him for 6 months. Bittu asks Lallan on why he wants to woo a girl but doesn’t get an answer. However, Lallan is not sure of getting help from Arjun. Just then, Jaqueline calls Lallan a good looking man and thus will get a girl. After hearing it, Lallan gets awe struck and vows to not leave from there since he thinks Jaqueline is much impressed with him.

There are more fun moments on the show with Gutthi grooving with Arjun in a fun dance which has some sensual bits and also oomph in Gutthi style. Bittu and Jaqueline also join them in their engaging fun dance. Later,  Kapil reminds that Jacqueline had her first crush in 2nd standard in school and have invited that boy on his show. The young man is seeing wearing a pyjama and comes to propose to Jacqueline and Kapil makes a taunt asking him to be careful so that the pyjama don’t tear apart during his proposal which is made by bending down on his knees. During the audience interaction, Arjun has got a good time and few men come on the stage. Arjun wants to teach them cat walk and kneels around the floor in cat style while they are following him. He carries the style of moving ahead with jaws and his facial expression depict the same. Jacqueline and Bittu are excited to see Arjun in that avatar. The show ends with all including Pinky Bua and Daadi grooving and dancing on the Sooraj Dooba Hain song from the movie. 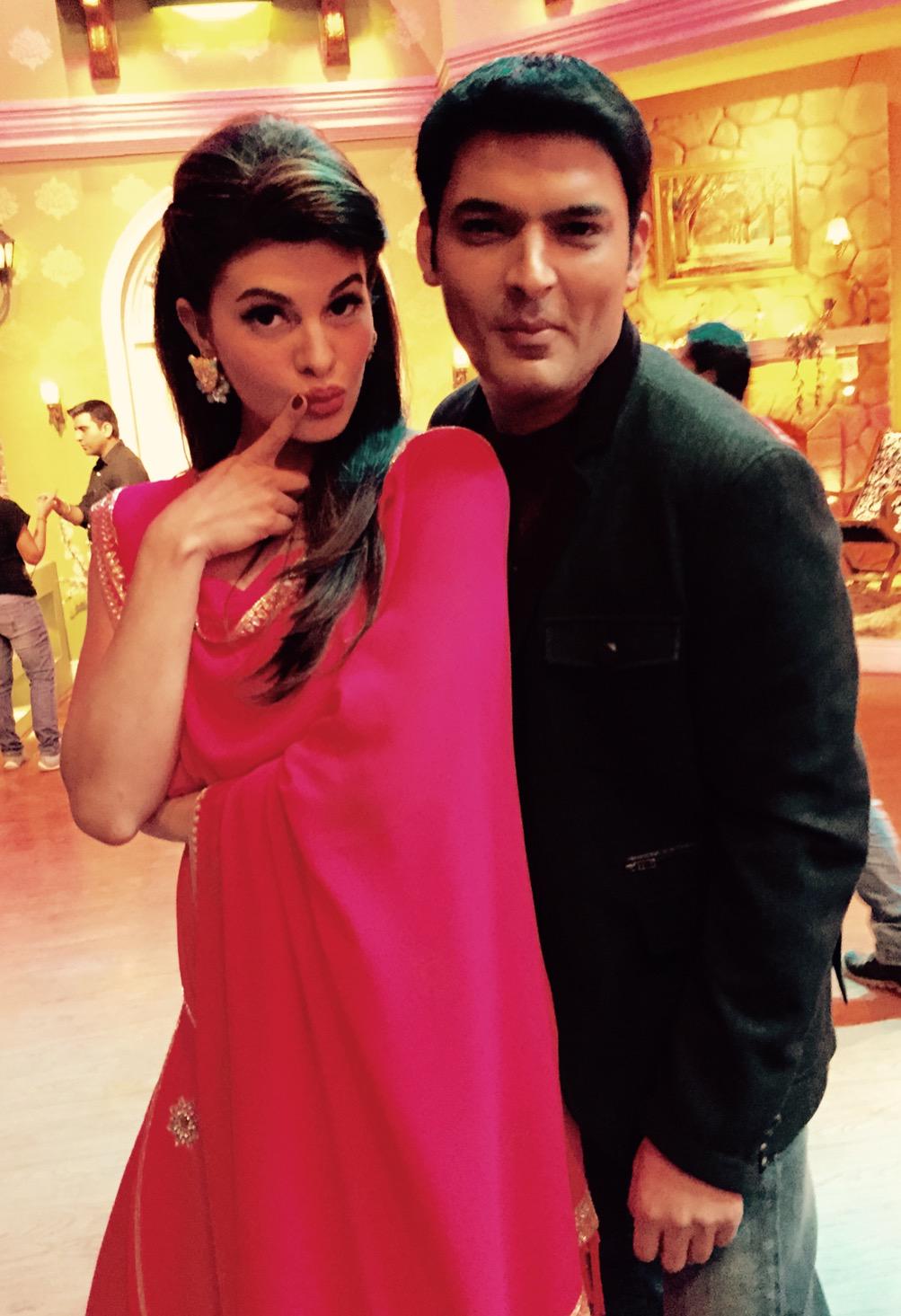 * Kilt: It is a knee-length garment with pleats at the rear, originating in the traditional dress of men and boys in the Scottish Highlands of the 16th century. Since the 19th century it has become associated with the wider culture of Scotland in general, or with Celtic (and more specifically Gaelic) heritage even more broadly. Kilt is most often worn on formal occasions and at Highland games and sports events, and in recent years it has also been adapted as an item of fashionable informal male clothing thus returning to its roots as an everyday garment. Read more at its Wikipedia page.