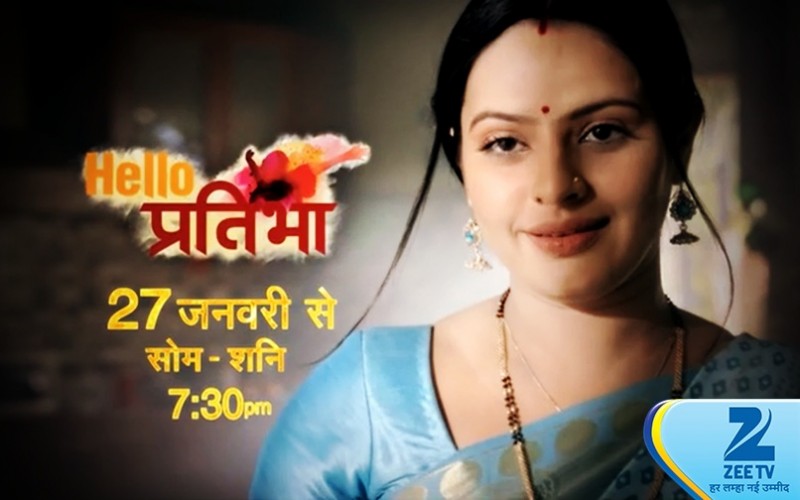 Hello Pratibha traces the story of a housewife or homemaker Pratibha who always take much care of everyone in her family and has been married for 16 years. Pratibha is married to Mahender aka Mahen who works at the trade union and has two children – Anmol and Peehu.  She stays in a joint family and other members include – mother-in law Kashi, sister-in law Sunidhi and brother-in law Sanjeev. Sunidhi is not a homemaker since she runs a bouquet and earns money and is bad in cooking and feels jealous with Pratibha. Kashi supports Sunidhi and even scared of her since she earns money while show indifference and makes taunts at Pratibha who diligently works in the household chores and carries the responsibilities with much sincerity. Pratibha’s daughter Peehu thinks her aunt Sunidhi as a close friend and shares all the matter and have complex with her mother. Peehu’s truth on taking Sunidhi at the Parents-Teacher-Meeting [PTM] instead of her mom comes out when Sunidhi informs the same to Mahen. Mahen wants Peehu to take Pratibha to school and clear the lie but she is not so happy but eventually need to agree on it. Mahen is now 40 years old man and have changed over the years and the love between the couple is lost somewhere as he focus more on work and meetings.

Pratibha understands about many things missing in her life and would like to have a change. She is ready to offer sacrifices and compromises for others because of her caring nature. And it is true that all jobs or work is to support a homemaker. There is an entry of Pushpa Chachi in the show who will act as catalyst in ushering the change in Pratibha by realizing her self-esteem and inculcate the belief that she get respect from others and not accepting unwarranted behavior. Some of the questions are – How Pratibha’s self-discovery and contentment phase get unfold ? What role her husband Mahen will play in her self-realization and identity quest ? The show has started from 27th January 2015 and is telecast from Monday-Saturday @ 7:30 PM on Zee TV.