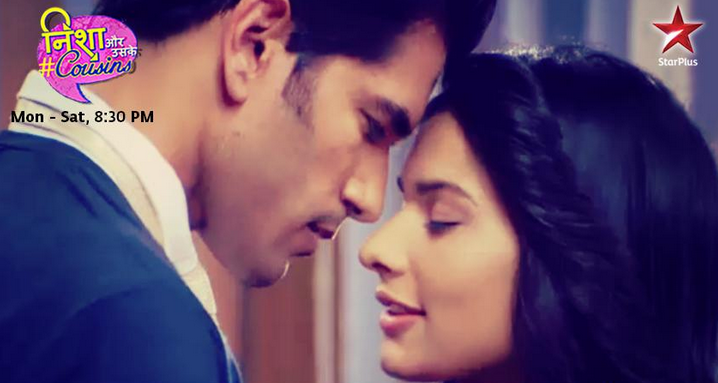 Nisha’s love for Viraj is known to all cousins and they also know that Viraj’s love is Aarti – an avatar of Nisha. She contemplates to say the truth to Viraj since if she does late then he will even stop loving Aarti. Jwala supports her in speaking the truth and thus she contemplates to speak to Viraj. Meanwhile, Nisha’s dad Ramesh who was earlier upset with Nisha’s chatting with Viraj as Aarti steps in again since now all the cousins are aware of Nisha-Aarti setup. Ramesh feels very happy to see Nisha in Kurti but has the challenge to see that she doesn’t get much hurt further in love with Viraj. It so happens that Viraj comes to Nisha’s home and she decides to open-up about Aarti but couldn’t be able to tell it since Viraj was busy and is about to leave. Sooner then, Ramesh also comes and stops Nisha. She thinks her father is selfish who is only concerned about her but she manages to convince him by justifying her intentions in saying the truth. He gives her the approval to act according to her belief. Will Nisha wait until the finale or postpone further in saying the truth at an opportune time ?

In Gangwal’s family, Amanpreet-Umesh marriage preparations are going on. In the track ahead, there is entry of Viraj’s younger brother Kabir and it seems he will fall in love with Nisha. It is to be reminded that Nisha is currently going through emotional heartbreak and is also uncertain on what will happen once Viraj knows the truth therefore kabir’s entry can throw some directions. Moreover, she can even consolidate her feelings of love for Viraj in more mature way. How will Viraj react to see Kabir’s growing fondness towards Nisha ? Will Nisha and her cousins – Team Laksh be able to win the talent finale ? Will Gayatri comes to know of Nisha’s postbox address as the one where Viraj sent the gift for Aarti thereby deciphering the connection ?