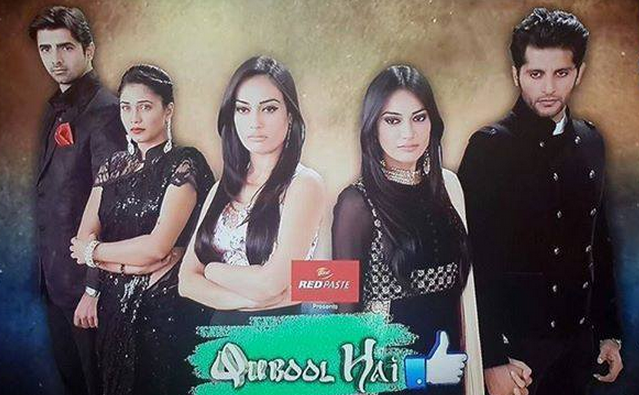 Aahil hugs Tanveer and cries. There is an emotional moment between them. Sanam pacifies Aahil as she clears out the stain of his dad’s death. Aahil was living with this burden till now, but Sanam has now relieved him. Tanveer acts accordingly and sweet towards Aahil. Sanam gets a proof and asks Aahil to find out his dad’s death. Sanam knows its Tanveer, and does not want to tell Aahil, as he won’t believe her easily. Tanveer gets tensed as she will be exposed. Aahil is glad to get rid of his guilt. Tanveer knows Aahil is blind in her love, and thinks to fool by telling Aahil that she has killed his dad to save him.

On the other hand, Aahil is tortured by new Sanam’s crocodile tears and old Sanam’s silence. He is stuck as he can’t break his relation with both. He tells his feelings to Sanam, and new Sanam comes in between them. He is unable to understand his situation. New Sanam acts to be a helpless woman who got married to Aahil and now not accepted by him.

Sanam and Seher team up and plant doubt in Aahil’s mind that his dad is murdered by Tanveer. Aahil refuses to believe it, and Sanam gives him many evidences. Aahil gets Sulaiman Chacha’s statements for dad’s murder’s case, but it’s wrong and Aahil feels only Sulaiman Chacha can tell him the complete truth. Aahil is thankful to Sanam for putting light on truth, but is afraid seeing his trust break on Tanveer. Sanam assures Aahil that she will always be with him, and makes efforts to open his eyes and see the truth.