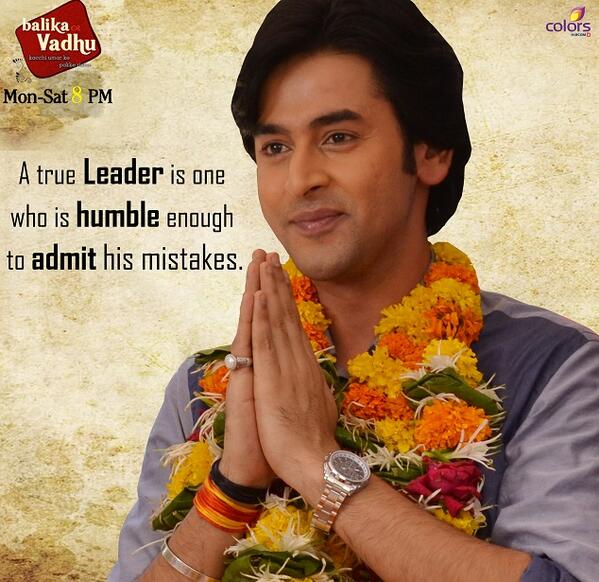 Balika Vadhu is taking a leap after showcasing several social issues. Recently Ganga is kidnapped along with two more girls from different places, and taken to a place oblivious to them. Ganga meets a woman Shobha and asks for her help. Shobha informs her about the prostitution racket involved in the kidnapping of girls. Ganga gets shocked knowing that she has been kidnapped for the prostitution. However she requests Shobha to help her escape from the place. Shobha says it is not that easy, else she would have escape long back and had not fallen in prey to them. Ganga requests her to help her so that she can reach her family. This gets Shobha thinking for a way out. Ganga will come to know that there is a Minister involved in the racket along with the goons. It will be interesting to see Ganga escaping from the place with the innocent girls which were held captive with her. Later, she will expose the person involved in the racket with the help of her husband Jagya.

On Shekhar’s front, Khazan ji learned about Anoop’s illegal business of stolen antiques and decides to stay silent to maintain peace at his daughter Anandi’s house. Shiv’s personal assistant is keeping an eye on Anoop’s business as he comes across with some proofs. He informs Prem Kishore ji (Daddu) that Anoop is into illegal business of stolen antiques and shows the proofs. Daddu couldn’t believe it and yells at Vinay for framing his son and also an ex-army man Anoop. Anandi hears about it and gets shocked. Khazan ji too hears it and recalls Anoop warning him not to enter the area of the farmhouse, where he has kept his business stuff. It is yet to be seen if he gives testimony against Anoop to get him behind bars. Anoop will be arrested by the Police for running illegal business and gets in jailed for the same. Alok and Ira will shift to Singapore and start a new business there. Daddu will accompany them, along with Anandi and her three kids. Post-leap it will be shown that Anandi raising her three kids Amol, Shivam and Nandini in Singapore along with Daddu, Alok and Ira. Anandi’s life has taken a difficult turn after Shiv’s death, burdening her with their family responsibilities. Keep reading.