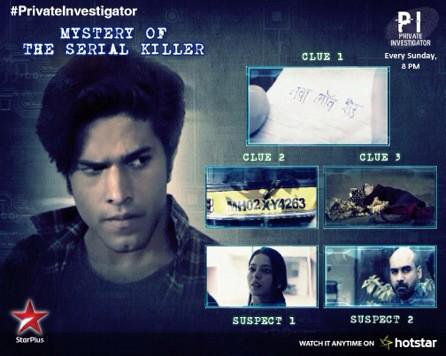 An Auto driver gets its customer and he drives him to a secluded place. The auto driver is murdered by the same customer. Raffe recollects his mom’s promise that he will not ask her about their past and also will not try to find it. Next morning, Raffe at the breakfast table asks her whether she is Nivedia Basu or Chaudhary and pulls her leg. He informs her that she is always his first priority and she talks about Subhash Bose. Raghav clarifies that Subhash is the topper and Prof Bose’s son with 99 %. Raffe’s mom speaks on not talking about marks and informs that Subhash has got an invitation from World Youth forum, Berlin for his solar lighting model. She asks him to attend workshops on Bird watching if he is not interested in Youth Forum workshops. Raffe recollects Vijay speaking about writing a book on Birds. Sooner then, Sonu marks his entry and is teary eyed and informs Raffe that his friend Majid has been murdered. Raffe greets his mom and leaves to work on Majid’s murder case.

Raffe, Sonu and Raghav reach the murder scene. The police arrive there and instead of Tiwari some other inspector comes there with constable Bhosle. Bhosle thinks it as a suicide. Raffe looks at Majid’s auto and observes the fare engaged and the chit with the address of the place. Raffe finds out the total waiting time for 8 hours since murder and uses fare charges per min to compute. Sonu is depressed and is taken to a tea joint. He remembers last meeting with Majid and informs Raghav of not believing in his death. He suggests Majid to be a simple guy but has fought with an union leader recently. Majid drove the auto defying the orders of a strike. Raffe learns about Suleiman Chacha, a girl and other man who lives there in that locality. Sonu wants some justice. Anita speaks to Vijay and is worried since Raffe haven’t arrived home and went in morning. He asks her to not worry but she asks him to keep a tab on Raffe. Raffe comes home and speaks that its crazy to see an auto driver being murdered and asks why ? She says that life has such questions and it is much different than fiction and suggests that sometimes they are no answers. He says that if crime is not solved then the criminal can get more motivated and talks about Majid’s killer.

Next day, there is another murder of an auto driver. Sonu is worried with the driver’s death who was his colleague. Raffe tries to find clues at the murder scene and learns it had the same method of killing as the former. He finds some chit in the auto and it has the same hand writing. He understands that the killer is acting as customer and bringing the driver to some secluded place for his killing. Raffe finds one man looking at him and tries to follow him. The man attacks Raffe and puts him down. Raffe gets composure and learns that the man to blame all auto drivers as thiefs and suggests they are going to die. Raffe is puzzled and Raghav informs him what is the motive and thinks there is a serial killer. Raffe gets a clue on the auto registration numbers to have similar no – [last digits – 4261 vs. 4263]. He tells Sonu to meet him at a chinese corner. There are 3 auto drivers remaining who are in the hit list. Raffe asks them whether they have read Sherlock Holmes and speaks that Sherlok had asked Watson on how many stairs are there in his home but Watson haven’t counted it. Raffe finds a connection with the case and talks about them not knowing about Raffe’s auto registration number though they have sat in his auto on many occasions. Sonu’s auto registration number is also on the hit list which meant he is also on the killer’s target.

Later, Raffe meets Tiwari and asks why only few autos are chosen with that series though there are thousands of autos in Mumbai. He informs Tiwari that Sonu’s life is under threat. Tiwari asks Raffe to not worry and shows him the auto union leader Dattu there and thinks him as a suspect. Raffe wants to know the auto drivers’ addresses for two registration number and also another favor. Tiwari agrees to help him. Raffe at his home during night recollects his childhood incident and wakes up. His mom comes and brings water and takes care. She asks why he is bringing the auto drivers to some safe place while he thinks to be fine as he haven’t did any wrong to others. With some questions in mind, he leaves. Raghav and Lucky have seen a movie and asks for an auto but the driver doesn’t wish to go to Shastri nagar area. Raffe brings Sonu and another auto driver Ravi at some safe home. He asks auto driver whether he has involved in some fight or in any matter. The driver Ravi blames the union leader Dattu and leaves from there. Raffe asks Sonu to stay at the home and Raghav will be coming with the third driver Niranjan there. He tries to convince Ravi about the grave situation with 2 drivers already murdered and things not to be taken lightly. He doesn’t listen to Raffe and begins to attack him. Raffe finds he has stolen expensive items and thus doesn’t want to stay at home. He comes back to home and doesn’t find Sonu. Meanwhile, Raghav comes with Niranjan and Lucky in an Auto.

Raffe takes control of the auto after not finding Sonu at home and runs to reach a place while Ravi’s men follow Raffe and his auto. He reaches a place and finds Sonu to be binded in ropes. He thrashes the men who were on bikes and gets them arrested but the killer ran away. He comes to the police station and informs Tiwari that the killer is still on the run and asks him to look for more details. Raffe leaves with Sonu, Raghav to his home. At home, Sonu speaks of not knowing anything and know that the killer have used gloves. Lucky thinks the killer has some reason and Raffe drops her to the polive van and both compliment each other on showing bravery. Next morning, Sonu takes the breakfast and thanks Raffe who have saved his life. Raffe finds a news in newspaper with Niranjan’s murder. Raghav remembers that last night they have forgotten about Niranjan after bringing him to safety home. Raffe sees the news with Tiwari talking about serial killer. Raffe tries to arrange clues – murder weapon, rope and finally finds some lead with rope and the killer.

He reaches a traditional gym place – [Akhada in Hindi] where people are seen acrobatics with ropes in traditional way. He looks at the photos and speaks to the girl there of coming to meet a tall person who works there. She identifies him as Guru ji and Raffe speaks of his want to meet him. Tiwari comes there and informs that Alankar’s murder [Alankar – champion student of Guru ji] was done by Ravi and before his death Alankar has called some other person. Tiwari and Raffe go upstairs to find Guru ji. They find Guru ji with some lawyer as he is selling his place. Tiwari opens up there that Alankar has called to a girl Prusha before his death. Raffe learns that Sonu’s life is in danger and Tiwari finds the girl Prusha (the same girl who met them earlier) there trying to harm Sonu after locking him in ropes. Tiwari says that Ravi has been nabbed and he is the one who has murdered Alankar. She informs Raffe that Alankar has given her the Auto’s registration no upto 3 digits 426x. Her dad Guru ji comes and asks her to leave Sonu and she has already taken 3 lives and her revenge will not reap any dividend. The case is solved with the serial killer turning out to be the girl. Raffe comes home and looks for his mom and talks that Sonu is fine and case has finally solved. He soon discovers that his mom has been kidnapped and in a problem. Soon he gets a call from Vijay informing the same.

Next Episode: Mystery of the Abducted Mother: Vijay prepares to rescue Anita and takes out his gun. He tells Raffe that police shouldn’t be informed since the kidnapper can harm her. Anita is under water and gets much worried and wants to reveal the truth to Raffe. Vijay makes his heroic entry to rescue Anita near the coast and informs Raffe of killing someone earlier. He rescues Anita by shooting the kidnapper. Raffe gets reunited with his mom who is in shock with turn of events. 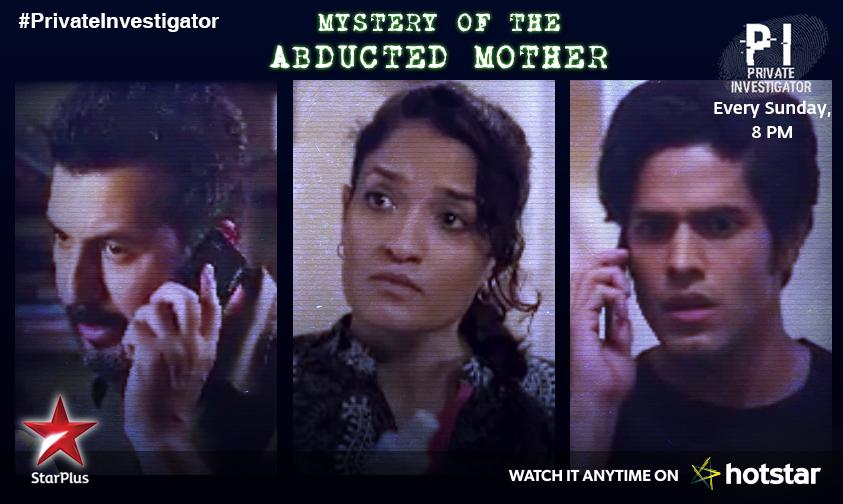