Yeh Hai Mohabbatein:
In Bhalla’s family, Rinki’s marriage plans are progressing faster. Rinki was reluctant and not ready for marriage but Ishita convinces her to attend a marriage proposal get together at home with boy’s family visiting them. The discussions between both families went fine and they agree for the marriage and even Rinki says yes and her marriage gets fixed. Meanwhile, Raman at his end feels bit dejected and quiet since he has lost his job. All other family members are celebrating on Rinki’s marriage being fixed and Ishita finds Raman in that state and goes to talk with him. Ishita suggests on doing more work at her dental clinic to take care of responsibilities and tries to bring smile on Raman’s face. On another front, Aditya is trying to come close to Ishita and asks her to drop him to the school.

Suhani Si Ek Ladki:
With Painting competition, it gave another reason for Suhani, Yuvraaj and Soumya to go out. It so happens that some boys tease Suhani on the road when she was present with Soumya. Suhani didn’t listen to tease and taunts and slapped one of the boys as her reply. She also gives them some lecture on their behavior while Soumya keeps quiet. Where was Yuvraaj when Suhani was teased, and is there any role of Soumya in pushing boys to tease Suhani ?

Tu Mera Hero:
Titu and Panchi get more opportunity for site visits during their outing to shivgarh temple visit. They share some nice moments in a serene environment with the backdrop of a river while sailing in a boat. Panchi loves Titu dearly and also unconditional but Titu didn’t develop feelings of love for her until now. Their outing together is giving them good time of bonding and also to understand each other more.

Saathiya:
Gopi finally kills her younger sister Radha with Trishul and couldn’t control herself in committing such act. She doesn’t listen to her husband Ahem’s pleas who was trying to stop her. Gopi took the Durga role and her fury brought Radha’s death.

Sasural Simar Ka:
The Bhardwaj family is acting to show they aren’t aware of fake Roli’s truth. Meanwhile, fake Roli is worried as she thinks her secret of Nagin is going to be revealed. Moreover, Siddhant is enacting to not know about her truth but she senses the family already came to know about her. 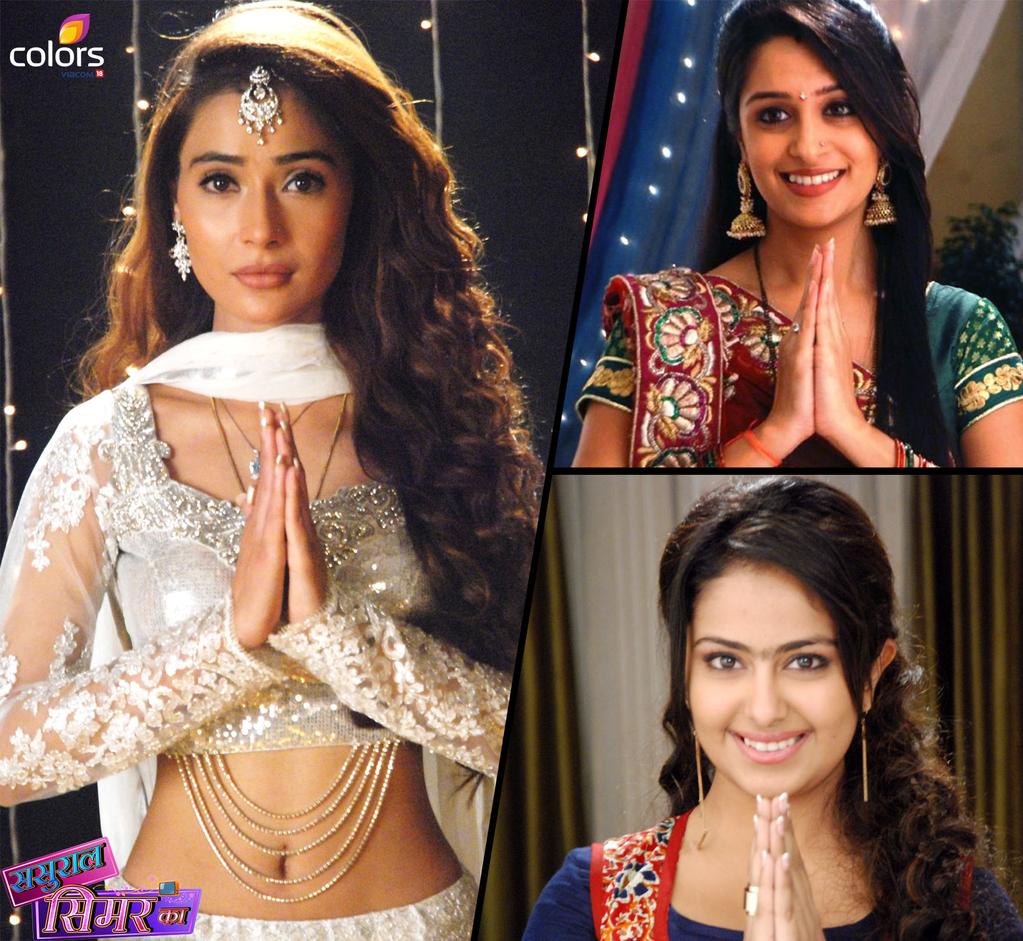 Satrangi Sasural:
Aarushi and Vihaan’s marriage is underway with Haldi ceremony. Dadi Maa and other moms are in Yellow and other colorful dresses. Vihaan is enjoying the Haldi ceremony but comes a twist with Haldi getting fall down by one of his moms and such event is perceived as inauspicious but Vihaan’s family doesn’t believe in such sayings. However, Dadi Maa is worried with Haldi falling down and it gives her another opportunity to bring Vihaan-Aarushi’s marrige to a halt. Dadi Maa is worried since she have some reasons on why she is not in favor of marriage.  Whether there is something about Aarushi – Manglik, Kundli mismatch that Dadi Maa knows which she is hiding from others and its also the reason of her on not wanting to have the marriage ?

Balika Vadhu:
Anandi faces the challenge of child marriage ritual another time with her baby daughter’s marriage. How Anandi battle the injustice and grief directed at her family ?

YRKKH:
Naitik and Akshara always find time for romance and spends time with Naiara. Naksh continues to feel sidelined after seeing his parents busy with Naira. There is twist in Alok-Muskaan’s marriage with Akshara and Devyaani getting an answer from his family on rejecting the marriage. There is some misunderstanding because of which Alok’s family spoke of breaking off the marriage. Akshara has to step in and resolve the misunderstanding so that Alok-Muskaan’s marriage plans get back on track and bringing happiness to her family.

Veera:
Ranvijay gets happy and super excited after getting the good news of becoming a father. He pampers Gunjan at all times and even prepares the food for her and also makes her eat with his hands. He also prepares Gajar Ka Halwa sweets and wishes to see that she doesn’t feel dejected at any time during the pregnancy.

Kumkum Bhagya:
The Kidnapping drama continues with Pragya imagining  a dream sequence with Abhi coming to her rescue in heroic fashion. She thinks her trust on Abhi was proved. In reality, she continues to face taunts and warnings from the corporator who also brings a cake on valentine’s day just to bully her. Abhi is not aware who has done the kidnapping and prepares to rescue Pragya.

Ashoka:
Ashoka is unravelling the mystery of Danav – the beast and comes to know its Sushim who is Bindusara’s son (and his step-brother but he isn’t aware). Acharya’s words of wisdom that the beast is alive was accepted by Ashoka. Ashoka identifies Sushim as Danav by finding a mole on his chest which was also present in the beast’s chest. He confronts Sushim infront of Guru ji and reveals his identity of being the beast by speaking about the mole (mark).  Sushim gets worried with Ashoka’s claim which can expose his crime. Both stare at each other with angry look. While, Sushim’s mom Charumitra – Ashoka’s wife have saved her son when he kidnapped Ashoka but how is he going to be protected this time. Will Ashoka’s claim on Sushim as the beast find support ?

Itna Karo Na Mujhe Pyaar:
After the drenched scene between Neil and Ragini, she gets ill and gets cold. Neil gives her brandy as there was no medicine and she gets high after taking it.  She starts showing humorous and carefree side of her personality.

Humsafars:
Aarzoo knows Sahir’s truth of destroying her factory but he also bought a new house for her mom Nausheen where she is staying now. She has mixed feelings for Sahir. Sahir speaks of knowing what he we wants to become and tries to pacify Aarzoo. Zeenat is impatient and plans to use Anam/Anu. Anam/Anu comes to Aarzoo and informs her that Zeenat enacting to be in a coma state and Sahir’s life is in danger. After hearing it, Aarzoo gets tensed and  wants to protect Sahir while believing Anam’s words. Humsafars is going to end on February 27, 2015 [Next Friday] and from next Monday onwards [23rd Feb], there is a time slot change and it is going to be telecast at 8:00 PM instead of 8:30 PM for the final week. Thus, Sony TV’s new show Muh Boli Shaadi is going to replace Humsafars at its 8:30 PM slot from 23rd February 2015 onwards.