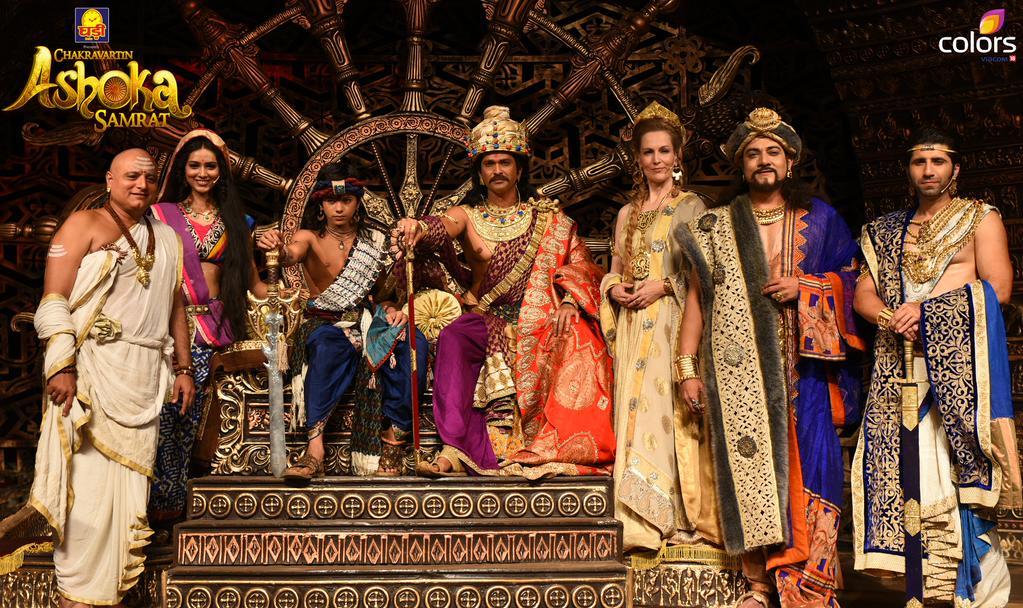 The battle of Throne for the Maurya Empire intensifies. Acharya Chanakya manages to defend Ashoka in the court by informing Bindusara on how Sushim has punished him so badly. Sushim’s accusation on facing insult and punishment from Ashoka was proven to be a meagre to the one he has inflicted on him. Bindusara feels shame and realizes Sushim’s unacceptable actions and asks him to apologize to Ashoka but he is no mood to listen. Bindusara have always been impressed with Ashoka but his believe got shaken with Sushim’s claims which were supported by Guru – the prime minister. Nevertheless, Bindusara goes ahead to apologize to Ashoka for not believing him. Queen Helena is eager to reach to the throne for her son Justin and Ashoka and Acharya’s presence irks her.

There is ongoing tussle between Acharya and Helena. She gets worried on not able to realize her plans since so many years due to his interventions. She hatches a plan to evict Ashoka and Acharya from Pataliputra with the help of her father Seleucus I Nicator. Selecus informs that Acharya will be tackled by his old arch enemy who was used by him and trust was broken. He suggests that man wants to take revenge against Acharya to settle scores by winning this time. How Chanakya counter the upcoming Helena’s ploy and danger ? Meanwhile, there is also battle between Khurasan’s daughter Noor, wife of Bindusara and Sushim’s mother Charumitra, wife of Bindusara too. Both want their respective sons – Siamak and Sushim to get the throne. To accomplish her plans, Charumitra’s plan is to harm and torture Noor by doing black magic.

Amidst all such developments, Dharma continues to evade her true identity from Bindusara but until how long. Also, Dharma is much relieved with Ashoka listening to her with much conviction. How the young Ashoka react once he comes to know of Bindusara being his father and the injustice meted out at his mother ?