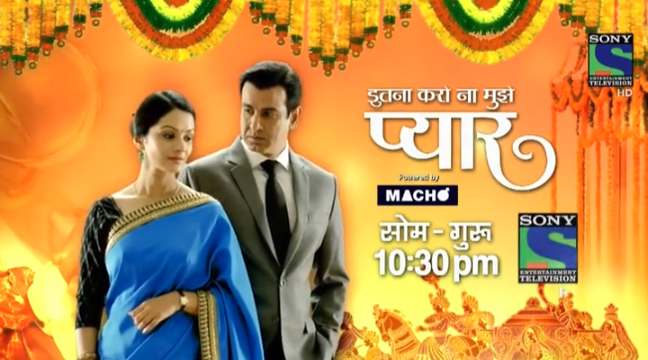 Holi Celebrations are going to take down the Telly in every show. Even IKNMP cast will be shown in Holi function. Holi is one such celebration where people end their annoyance. Neil colors Ragini by red color showing her love is still alive in his heart. Ragini too ends the enmity and reciprocates by coloring his face. Nivedita becomes jealous and does not play Holi. She says its just Neil who can color her face and Neil gets busy with Ragini. Nivedita can’t accept that Neil plays Holi with his ex-wife. Neil is unaware of Ragini and Aman’s relation being to just friends and they aren’t married. While Pam realizes this and wants to keep it hidden, things get a turn when Ragini gets hurt as her saree catches fire and Neil rescues her being much concerned for her. Ragini’s hand gets somewhat burnt and Neil cares for her, being angry on Aman for not taking any step to save Ragini.

Neil then argues with Aman for not being dutiful towards his wife and raises questions on his marriage with Ragini. Neil still loves Ragini and says he would have repented for his mistake of leaving Ragini, if she was unmarried and they would have became a happy family again. Neil is still mistaken about her. Ragini also realizes that she still loves Neil and is hurt seeing Neil going ahead to marry Nivedita. She gets heartbroken and decides to marry Aman. Ragini proposes Aman and let’s see where this misunderstanding takes Neil and Ragini ahead, while they both are on the verge of love and new relationships, despite their hearts beating for each other and minds ready to repent to revive their lovely marriage. Will Pam become a hurdle and make Ragini more distant from Neil? Keep reading.