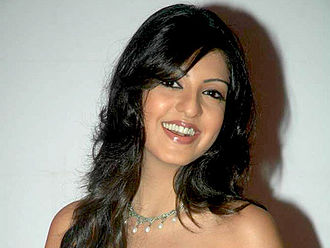 Karan Tacker (the host) speaks that chef are mostly men and in our childhood we are told about girls working in the kitchen while boys taking part in cooking just for hobby.  But why is so that a female chef cannot compete with a male chef in our society ?

The story starts with Abhimaan – head chef of a restaurant in meeting with his boss who is much worried with dwindling financial profits of the restaurant. He tells Abhimaan to look into his concerns. Abhimaan goes to the kitchen and soon finds three 3 new interns and speaks in bold voice there. He speaks of hating interns and wants professional and calls the kitchen as his heartbeat. He asks Aanchal whether she can handle the pressure otherwise she can leave. He tells her to cut some vegetables and prepare some dish. He pushes her to do things fast and she listens to him and tries to do work fast. With nervousness, the half-cooked dish falls on the floor and she gets scolded by him who asks her to go home. Aanchal gets worried to hear such hate from the boss. At home, Aanchal prepares some nice vegetable dish and her friends get much impressed with her cooking. She reminds about she has messed up things at her restaurant.

They ask her to cook some dishes for them – cheese cake, paneer, Lasagna and Indian dish. Aanchal pulls their leg and tries to beat them on that note. Next day, Aanchal works at the restaurant and Abhimaan comes there and scolds some male interns. She informs him about preparing some soup and suggests on handling pressure. He calls the soup as pathetic and terrible and thinks she cannot pressure at all cost. She suggests its not true and he asks whether she reads fairy tales. He speaks in bold voice that girls cannot pressure of his kitchen and suggets her to clean utensils and mediocrity has no place. She feels hurt to receive such rude response from her boss and clean the utensils with teary eyes. A waiter asks Aanchal to stay away from Abhimaan since he is very angry as a food blogger Maithli Desai had given bad reviews for the food there. She gets worried. Abhimaan meets the boss who is worried about the bad reviews. Soon, he learns about another complaint that the soup is very sour. The boss checks it and thinks there are some problems in Abhimaan’s team. Abhimaan recollects Aanchal preparing a soup and he goes to confront her at the kitchen. He doesn’t listen to other interns on who has made the soup and also the boss suggests she can be fired. He asks Aanchal to leave and fires her from the job.

Next day, Aanchal reminsces all the rude behavior and response by her boss and carries a pensive face. Her friends provide support and calls her boss as mad and suggests she needs to relax. Aanchal is worried on getting fired from her first job though she didn’t commit any mistake. She speaks of knowing that the profession is not easy for girls. She vows to become the best chef of the city and will prove it. One of her friends suggests that she can open her own food joint and become popular in a week. They pushes him to start the restaurant. Aanchal thinks funds are needed to start such business and her male friend speaks of wanting to fund. Soon, she agees to start the food joint. She gets an idea of a multi-cuisine dishes for her restaurant and finalizes it. They go ahead to find a place where there was a cafe before. Aanchal thinks the spot is fine and even it is infront of the old restaurant where she had worked [Udein… song plays] She gets happy and thanks her friends for realizing the place for restaurant. She gives the name – Twist across the street and everyone thinks it as cool. For auspicious reasons they broke the coconut and even took selfie and soon learns that social networking pages for Aanchal’s restaurant is also set-up.

She is told to not get stressed as customers will come and no need to worry as it is the first day. A friend of her puts photos of the rolls on social media and another friend writes down about the dish and the free dessert on a board outside. She thinks customers will pour in and soon finds customers coming in. Aanchal and her friends starts serving them. At Abhimaan’s end, his boss is angry since the food is not working. The boss informs about Aanchal opening her restaurant and within a week became the 2nd option of preference for customers and thinks that she can reach 1st position. Soon, Aanchal learns about good reviews from the blogger Maithli Desai and is happy. Her friends leave for the party while she remains at the kitchen to try cooking some new dishes. She finds Abhimaan there. She confronts him and asks whether she can defeat him with her small Dhaaba. She suggests maybe and informs that cooking is her passion. He reminds that she got rejected and she speaks clearly on not listening to his rude behavior. He throws a challenge and speaks of a cafe which closed down in 5 months and couldn’t bear the losses. He thinks her cafe can closed down within 3 months and asks her to find another job as backup. She doesn’t deter and asks him to try the restaurant’s popular soup.

Aanchal goes to meet the boy interns with whom she had worked before. She learns that they have quit the job and speaks on how they were scolded by chef as they were speaking about her.They felt unreasonable things where talent has no value. They want to work with her as cooks and she welcomes them with much happiness as part of her team. Abhimaan finds Aanchal’s restaurant getting very good reviews and gets upset. Later, Aanchal’s friends plan a suprise to celebrate for the restaurant’s growth in customers and also its profitable. Kunal and Rashid’s entry is helping Aanchal. They have good time and soon she learns of missing papers at the restaurant and wants to get them the same night. They all leave to go at the restaurant and upon reaching finds the restaurant on fire. Aanchal starts crying to find the fire and gets support from her friends. Karan (the host) speaks that Aanchal never thought her happiness can trouble others. Whether there was any fault of Aanchal ?

Aanchal continues to cry to find nothing remains at the restaurant place after the fire. The police team finds a burnt watch there and soon realizes it belongs to Abhimaan. Abhimaan’s boss comes to meet him and speaks of the girls’s restaurant being burnt down. He asks Abhimaan on having a good opportunity to get back the girl there. Abhimaan asks his boss why he is worrried now and suggests they are winners. Sooner then, Aanchal comes with the police and speaks of Abhimaan’s role in the fire incident. Abhimaan speaks of giving a word on not loosing to a girl and his boss calls him mad for doing such action. Abhimaan accepts his crime and gets arrested by the police. Abhimaan’s boss speaks to Aanchal on telling Abhimaan to talk with her and woo her back by offering a good package. He apologizes to her for firing earlier but whether she wants to work at his restaurant as the head chef. She declines the offer [Halla Bol tune plays] and leaves from there with her friends. She opens a new restaurant and finds Abhimaan there. She runs to see him and he speaks of not being chef anymore. She suggests that once an artist remains artist. She calls him a great chef. He gets surprised to hear such words from her since he tried to damage her dreams and career. She speaks of cooking being her passion and is not going to prove to anything. He wishes her good luck and speaks that her dreams have truth and sure going to succeed. He speaks of coming there to lower the burden of his guilt and goes away.

Karan  speaks that cooking is an instictive profession. He asks everyone to see the girls’s passion and talent and do not discriminate on gender. Karan signs off by asking the girls to have dreams and to not be quiet since they are not lesser than anyone [Ladkiyan Kam Nahi in hindi].

Info On Cast
* Aanchal is played by actress Amrita Prakash
– Amrita was born on 12 May 1987 in Jaipur, Rajasthan, India.
– Recent work in Sony Pal’s show Ek Rishta Aisa Bhi in the role of Dipika [2014]
– Amrita played the role of Poonam’s (Amrita Rao) cousin as Choti in the movie Vivah (2006) starring Amrita Rao and Shahid Kapoor.
– She has worked in Bollywood and Malayalam films. Also, worked in Yeh Hai Aashiqui, Love by Chance, Gumraah 3, Savdhaan India, and many more TV shows.
– Read more about them at her Wikipedia page. Amrita’s Twitter page.
– Follow the tag – Amrita Prakash actress to read the articles on the episodes where she worked.