The story is about Simran and her fightback. Simran is a young woman married to Rohan and she showers much care and love to him. He also acts to be good and give excuses of being busy at work but in reality cheats on her and keep affairs with women. Simran also finds odd on learning that he was lying to her and this facet came out when his office colleague informed her that he was seen going to a club. After getting that lead, Simran manages to reach the club to find out what Rohan is upto there. She gets his room no info and makes entry to find him with a girl there. She understands he was going to cheat on her after catching him red-handed.

Simran gets distraught with his cheating and comes to her maternal home. Her mom suggests that men commit such mistakes and her aunt suggests that men don’t change. Moreover, her dad informs that she needs to return to her in-laws home. Without any option, she decides to listen to her family and returns to stay with Rohan. He is shocked to find her back and doesn’t change. After a while, Simran finds him speaking to a woman and was informing her that he will sort out all the things. She listens to him and gets teary eyed after learning he is still interested in cheating. Next day, Rohan tries to flirt with a young woman in office and soon Simran discovers that he again cheated on her and informs a friend about him. She gets teary eyed while speaking to a friend but nevertheless gets courage to come up with some plan to expose his cheating activities. They go ahead to record Rohan on a date with video cam, and how he was trying to come close to the young woman signifying his cheating on Simran.

Finally, she reveals and exposes his cheating to him and decides to break their relationship without worrying about family and societal pressures. In the end, she gets her family support which gave her much confidence to say Halla Bol and take that courageous step. She overcomes her tears and keeps her self-esteem, pride high and defined that girls are not lesser to anyone [Ladkiyan Kam Nahi]. Stay tuned to Halla Bol this Sunday @ 6 PM  on Bindass TV. 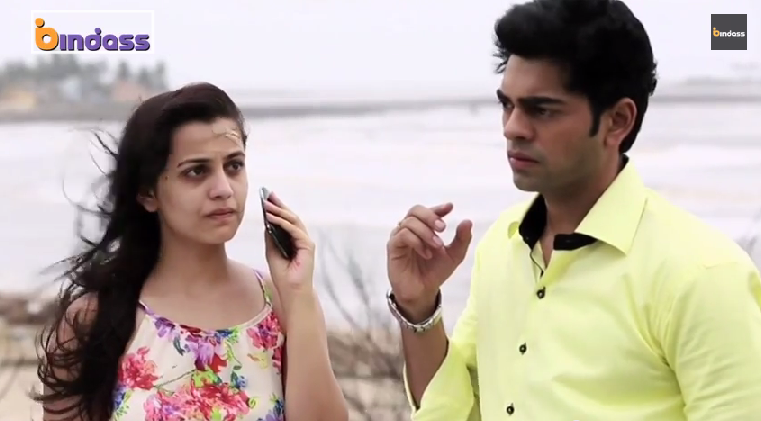