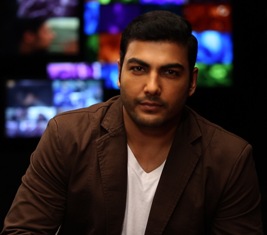 Emotional Atyachaar [EA], the weekly show returns on Bindass TV with its 5th Season – EA, Ab Tehqiqaat Yaaron Ke Saath. The show’s format is a reality show while also presenting a story. The show traces what one goes through after getting a heartbreak, betrayal because of different elements – cheating of partner, deceit, ill intentions. There is victim and the one who has cheated is referred as suspect. In the end, both the victim and the suspect learn few lessons and meet their fate. The need to be alert, aware, and evaluating trust in a relationship is highlighted. For this season, the victim’s friends put efforts in exposing, outdo and combat the suspect aka cheaters who are getting smarter in carrying their plans. Emotional Atyachar is the Indian version of US show Cheaters.

Some of other shows that follow similar genre with EA: Star Plus’s Ishq Kills, Channel V India’s Gumrah, Bindass TV’s Pyaar Ka the End, and MTV India’s Webbed. EA puts emphasis that we should watch, learn and be safe [Dekho, Seekho, and Bacho] and not to let emotions give you torture when you go through mistrust, cheating, betrayal and turmoil. It would to be more thrilling and gripping this season. Stay tuned to EA on Bindass TV which starts from 27th March  [Friday] @ 7 PM.

Info on Host
* Pravesh Rana is a Model, Anchor and Actor
– Pravesh was born on February 26, 1984 in Meerut, Uttar Pradesh, India.
– Graduated with B. A (Honors) in Economics from Ramjas College, Delhi University.
– Performed on various stage shows and also anchoring with various TV channels.
– Won the title of Mr. India 2008 and was a wild card entry in Big Boss, 2009.
– Worked as a cop in Bollywood movie Saheb, Biwi Aur Gangster Returns, and gave a performance with much conviction.