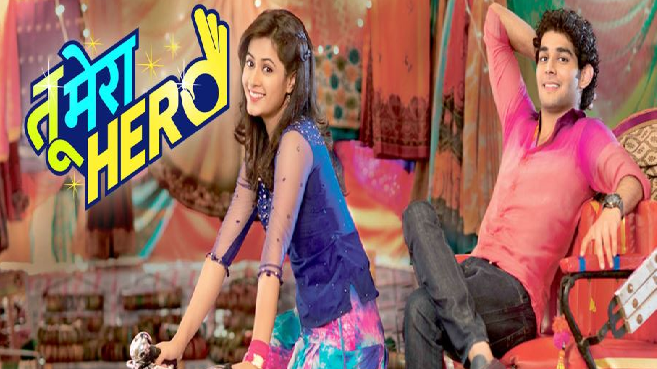 Titu gets some scolding from his father-in law Kamlesh. Panchi is in shock and haven’t overcome the fact that Titu is a big lazy fellow and she was mistaken to think he is her hero. Titu haven’t understood why his father-in law came to confront and also giving him warning. Kamlesh tells him about how he has shaped many convicts and has shown them right direction. He hopes that Titu will also change. Titu thinks Panchi is angry as the dogs have consumed the Prasad, and he doesn’t have the hint since he does not consider himself as a lazy person. Panchi asks Kamlesh to give Titu some time, stating he is clean hearted. On the other hand, Vaishali fooled Mukund to marry him, just to get a hold of the house and property of Govind Narayan. While she fools Rekha big time by gifting her a diamond ring, Rekha accepts her heartily and does not know Vaishaili’s clever intentions.

Ahead in the show will be interesting twist. Titu and Panchi have a unique suhaagraat. Titu tries to remove his sherwani and gets stuck in it. Panchi tries to help him and she also gets inside his Sherwani. The couple has a romantic moment which does not connect their hearts, as Titu does not love her. On Surekha’s insistence, Titu gifts Panchi a necklace as the first gift from his side. Later on, Panchi’s first festival in her inlaws home is Holi and she is keen to fill colors in Titu’s life. Holi initiates a challenge for Panchi to reform Titu, as she discovers Titu stays away from colors being lazy to have bath to clean colors. Govind asks Panchi to bring a change in Titu by her love. Panchi takes the challenge to put Titu in normal situations and make him work. Will she succeed in this big task? Keep reading.