The story is about Megha and her fightback. Megha is a young girl from Chandigarh who goes on to work as a model in Delhi. She befriends a guy and goes out with him for an outing, and he asks her to share feelings with him. They share drinks and he touches her without her knowing about it. Later, he meets friends and boasts on having good time with Megha and also suggests of seeing paradise [Jannat] with much joy which has bad intentions sketched out. The guy’s mom hears his conversation with friends and goes to confront Megha’s mom. She informs her that Megha is enjoying much with her son in carefree fashion while also points finger at her character. Megha also listens to it and soon goes to confront the guy asking what nonsense he is speaking about her.

He speaks confidently that nothing happened between them but the fact of the matter is that he was actually slapped by Megha when he tried to come close to her by applying force. His friends make fun of Megha by recalling nothing has happened. These events have happened in her hometown, and her dad suggests that she can go back to Delhi to evade the situation. She speaks with courage on not going back without fightback. Megha got father’s support and her mom was circumspect about her decision to become a model. The guy fell in the trap of peer pressure and got influenced and driven to harass Megha, and keeps his own version in front of friends.

As she faced harassment, with her undying spirit and courage, she said Halla Bol for her fightback and taught a lesson to the harasser. She also proved that girls are not lesser than anyone [Ladkiyan Kam Nahi] and march ahead to fulfill her aspirations in becoming a successful model. Why the guy’s mom point finger at Megha without asking her son first about the matter ? How Megha worked her way in her fightback and gender equality ? Whether her self-reliance gave her much courage & support ? Stay tuned to Halla Bol this Sunday @ 6 PM on Bindass TV.

* Megha is played by actress Neelam Sivia
– Neelam is a model and actress originally from Denmark coming from an Indian family.
– She did modeling assignments in Denmark and did print Ads there. She did modeling and print Ads with UTV Bindass and other agencies in India.
– Portrayed the role of Anika – Anushka Sarkar’s daughter in Sony TV’s show Kya Hua Tera Vaada.
– Neelam portrayed the role of Sonia in Ishq Kills 6th Episode telecast on 23rd March 2014. Recently, she worked in Bindass’ Love By Chance 23rd Episode telecast on 1st November 2014, and portrayed the role of Sheetal.
– Follow the tag Neelam Sivia Actress to read articles written on the episodes where she worked. 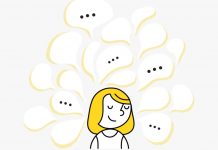 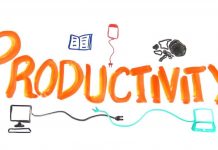 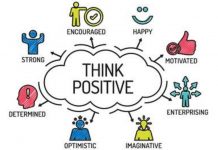