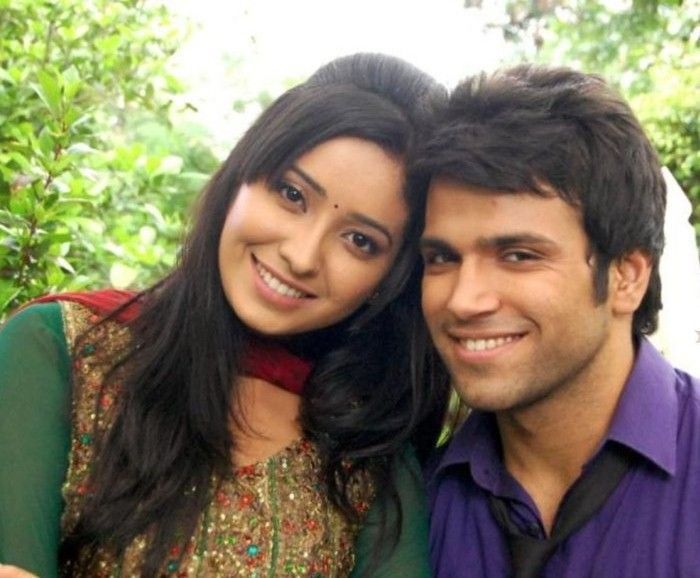 There are some love stories that translate from on-screen to off-screen, and Rithvik & Asha’s love story is one of them but their story hasn’t been easy. They too faced challenges and overcame them resulting in their love victory. They first met as two actors on the set and soon fallen in love by taking their friendship to new level. Rithvik confesses his love to her and one of their friend informs them on their amazing chemistry. But soon she receives a call from her dad who speaks up on hearing not so good talks in newspapers about her relationship with Rithvik. She gets upset with Rithvik and doesn’t want to talk to him after finding him hugging a girl in his vanity van.

She gets agitated and teary eyed while informing on not being any one of those girls. Later, her dad continues to circumspect about her relationship and suggests that Rithvik is going to damage her life and career. However, she decides to participate with him in a dance reality show. As he comes close to her during dance rehearsals, she reminds him to not come close. Eventually, they resolve those issues, differences, challenges and realized their mutual love to become lovestruck.

TV actors – Sargun Mehta, Suyyash Rai, KVB & wife Teejay, Riddhi & her husband Raqesh, Karan Grover who are friends of Rithvik and Asha speak about what they know of the pair and their love. They fondly say that Rithvik and Asha are made for each other. Moreover, the fans of Asha and Rithvik fondly call them AshVik, and shower their love. Stay tuned to Yeh Hai Aashiqui this Sunday @ 7 PM on Bindass TV.