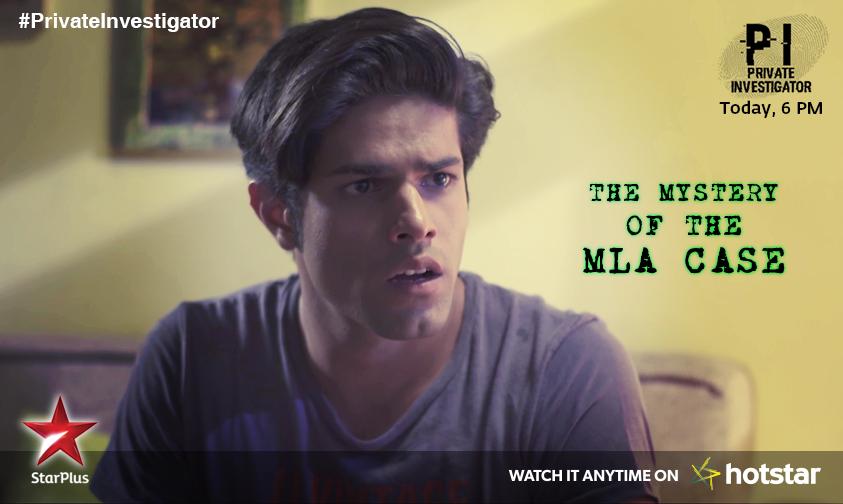 A politician MLA is involved in a murder and a little girl becomes the witness of the murder. To not let the crime come out, the girl kid is being chased by the killers and she gets cover from Raffe and police. Raffe helps the girl and believes her while she battles her traumatic state well and recognizes some politician’s men. Later, Raffe wonders who is actually murdered and couldn’t get any breakthroughs. Meanwhile, the girl continues to get chased and the investigation takes a new turn with politician’s men attacking police and Raffe by firing bullets.

Raffe comes under the fire but escapes to find more clues in the case. While, it is not apparent who is actually the murderer but MLA politician angle makes the case murky. Raffe yet again is on the trail to find the murderer thereby solving the case. Will Raffe succeed in cracking the mystery of the MLA case ?  Stay tuned to Private Investigator this Sunday on Star Plus, but at a new time slot of 6 PM, instead of the regular time slot of 8 PM.

* At 8 PM is the telecast of the movie Baby starring Akshay Kumar [Actor, Superstar].