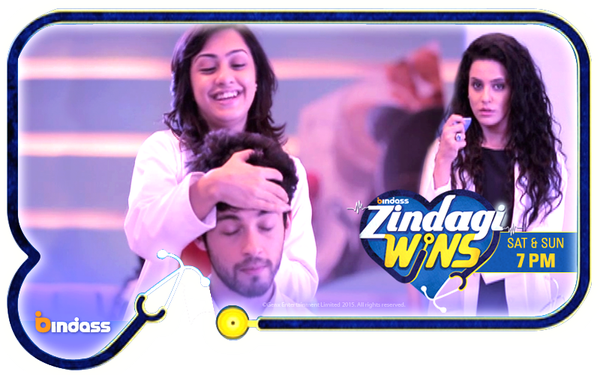 There is the case of a patient Anisha who gets admitted at Life Beat Hospital and Mr. X connection with the story. Mr. X is the movie starring Emraan Hashmi [Actor, Star], and he is a guest on the show for its promotion. Anisha is a young girl informs the hospital authorities that she is being stalked and also got stabbed. Aaliya landed herself in another mistake and thus tries to not keep contact with Malvika. Malvika and Ishaan are handling Anisha’s case. Later, Malvika faces some choking from some unknown person and gets worried.

Aaliya comes to know of Anisha’s claims and shares her concerns with Ishaan. She then comes face to face with Mr. X after observing some unsual things, and he speaks of only visible in blue light, and introduces himself as Mr. X. Now, the question is how Mr. X connects with Anisha’s story: Is he a stalker or blessing in disguise ? Stay tuned to Zindagi Wins on Bindass TV this Sunday @ 7 PM.