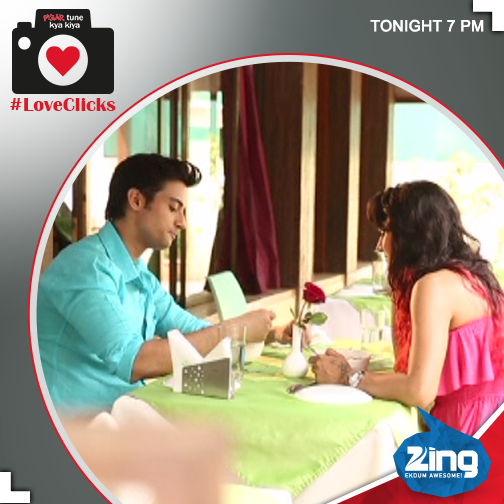 Meiyang Chang (the host) speaks about priortites in life and true love and importance of trust in one’s life. Today’s story is about Mehak, Aryan and Tanya from Delhi.

The story begins with going back by 5 months from present. Mehak is seen dancing at a Sangeet party scene on Chitti Kaliyan song and her sister Tanya is also present. Tanya gets introduced to Aryan there for the first time. Later, Tanya collects Mehak’s photos and shows them to her later at home and Mehak talks about photographer and wants to meet him. Mehak is informed about Aryan – dad’s friend son who visits her home. Aryan came back from United States after management studies and get introduced to sisters by their father. He goes with Mehak and Tanya to see the city. While going in the car, Aryan compliments on Mehak’s dance and she speaks of loving dance and calls marriage ceremonies as boring. Soon, Mehak gets down at some place for her photoshoot while Tanya remains with Aryan in his car. Aryan speaks of coming back from US barely two weeks ago and soon they go on to a restaurant to eat food and have some talk.

Mehak at her end gives a photoshoot and later in night speaks to Tanya about her confidence in becoming Bollywood superstar. Tanya asks Mehak to not lie to their dad but Mehak doesn’t want to inform about her bollywood aspirations and their mom can handle. Soon, Aryan calls Tanya, and Mehak gets the phone from Tanya and speaks to Aryan and arranges a meetup with him to go at a party scene of Chopras where bigwigs are expected to come.

Meiyang (the host) speaks that Mehak thought that identity is her beauty and she was confident about her looks and success.

Mehak goes with Aryan at the party scene and gets excited to see so many celebrities and thanks him. Later, Mehak comes home and informs Tanya on seeing bigwigs but suggests Aryan is a boring guy. She speaks of Aryan giving hints of his marriage and thinks he is thinking to propose to her. Mehak informs to Tanya on not going to accept his proposal in case he does so due to her career. Next morning, Mehak & Tanya’s dad speaks of going to Badminton with Aryan after getting invited. Soon, he starts to go with Aryan in his car, and Aryan greets Mehak before leaving and Tanya gets nervous. Later, Aryan invites Mehak for lunch and she agrees and both go on to attend. He speaks upfront of liking her and wants to marry. She speaks that he even doesn’t know her. He replies of seeing her at Sangeet ceremony and have fallen for her at that time. She doesn’t give a reply and he informs on her decision is concrete and can wait for her answer. Later, Mehak continues with her photoshoot while also bonding with Aryan [Adhoori Hai.. Tere Bina song plays]. Their bonding soon gets translated into love.

Meiyang (the host) speaks that Mehak’s dreams were big and wanted to become a star. But she was also having fear that Aryan might leave her. Tanya curbed her feelings and doesn’t want to intervene in her sister’s love.

Later, Aryan calls Mehak but Tanya takes the call, and she also agrees to go for shopping with him. He is excited after buying special gifts for Mehak. He suggests she can give Mehak patience and mind. Next, there is engagement function of mehak and Aryan. It turns out that Mehak left her home without informing and Tanya reads a letter from her. Mehak went to Mumbai and suggests to Aryan on fulfilling her dreams and he will understand and talks about coming back to him. Aryan gets shattered with letter and his dad suggests that the engagement can go on instead with Tanya. Tanya gets quiet and Aryan at first is reluctant but then agrees. Tanya is also not coming to terms with the engagement but soon gets ready for it upon her mom’s insistence. Next, engagement ceremony takes place with both of them exchanging rings [Darmiyan.. tune plays]. Tanya gets teary eyed during those moments.

Meiyang (the host) speaks that Aryan’s trust was broken and Mehak choose career and glamour over love and relationships. Tanya used to love Aryan but both of them were not knowing on how to carry on with their relationship. Tanya reminsces the past moments leading to her engagement with Aryan and gets teary eyed.

Aryan calls Tanya and she speaks of not knowing why the engagement took place. He informs Tanya on his intentions to forgive Mehak and also suggests he will not be able to love Mehak again. She suggests to him frankly on just wanting to be friends. He understands her and talks about going somewhat far to a nursery (farm) and she agrees to come with him. Next morning, both spend time together at the nursery [Karu Dua.. Yehi Dua.. Yuhi Chalte Rahe.. song plays]. Later, they come home and she speaks of wanting to change her look by removing specs and put contact lens. But he insists she doesn’t need to change and he is fine how she is. She later takes care of him when he gets ill and both spend more time together. They come home and find Mehak there. Mehak runs to hug Aryan and speaks of going to Mumbai but her assignment turned out to be fake. He shrugs her off and informs that he is engaged to Tanya and very soon he will have marriage.

Mehak wants Aryan to break the engagement and speaks of coming back for him. He informs she came back for herself and reminds on their engagement which was abandoned and she deserted when he needed her the most. Moreover, Tanya stood with him and showered care and support and not just mere company. He reminds that Tanya is not selfish like her. Mehak gets distraught and cries. Tanya cries at her end as well and Aryan comes to her and soon proposes for marriage by holding a ring [Mann Mast Magan.. song plays]. She agrees and he showers a hug and kiss. The story ends on that happy note.

Meiyang speaks that Mehak did the wrong in not taking her priorities carefully. Tanya choose Aryan as the life partner and stood by him and provided support. 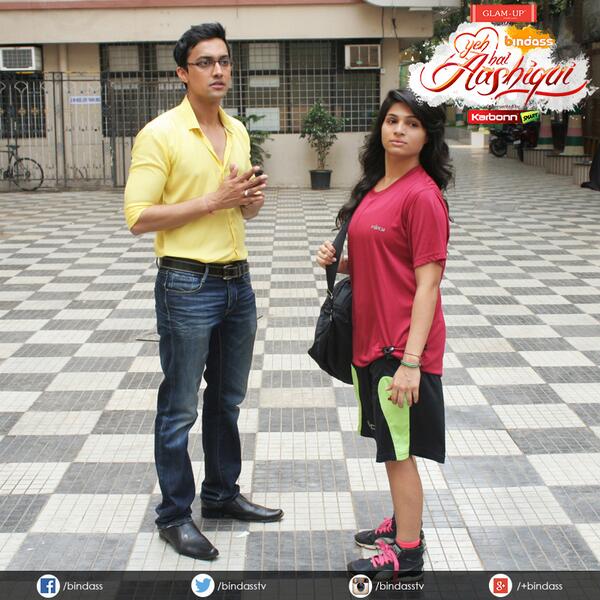