Suhani left Birla family as Yuvraaj blames her for Gauri’s death. Dadi has made Suhani leave from Yuvraaj’s life and kept his daughter Yuvani with them. Dadi lied to Suhani that her daughter could not survive. Suhani believes just her son was alive after birth and raised him. Yuvraaj hates Suhani for leaving the little girl and family. Dadi tries to keep Yuvani away from Soumya’s daughter Krishna. Soumya lost Krishna in the same blast incident, while Krishna went to save Gauri.

Soumya and Yuvraaj did not marry and stay as a happily married couple. Dadi gets to know of their fake relation. Dadi tries to confirm about Yuvraaj and Soumya’s namesake relation. Soumya and Yuvraaj fool Dadi. Yuvraaj wants to make sure that none knows the fact that he did not marry Soumya. Yuvraaj still loves Suhani, and Soumya has Krishna’s memories. On the other hand, Suhani bears the pain of raising her son alone. She waits for the day when Yuvraaj forgives her. Suhani and Yuvraaj apply for the same contract. They would be meeting in Lucknow and try to get the same fashion house deal to boost up their respective business. 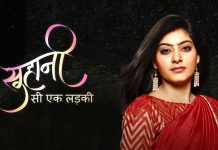 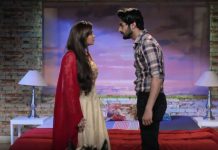 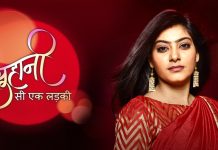