A woman is trying to hypnotize Aradhya. People are raising doubts on her intentions. A family member accuses Aradhya and tells Aaba saheb that Aradhya tried to kill him. Aradhya says he has entered my room and tried to misbehave with me. The woman is called to hypnotize Aradhya, as Aaba’s wife ghost enters her.

Aradhya is made to give an Agni Pariksha. Aryan gets out of control seeing Aradhya walking on the hot coal. A puja is conducted at home to make Aradhya free of Dadi’s spirit. Aryan and Aradhya will be giving Agni Pariksha together. Aryan slaps the people who stop him. Aryan lifts Aradhya and walks on the hot coal. Their true love is realized by everyone. Aryan wants to make Aradhya fine. Aradhya was doing this for family’s betterment. Aryan does so for Aradhya’s love. Aryan ignores all the enmity between two families. He can’t see Aradhya in pain and does the Dosh niravan by walking on hot coal. Aryan and Aradhya’s love is evident in the testing times. Aryan hugs Aradhya and tells her that he will not let anyone hurt her. 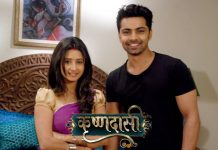 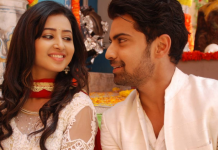