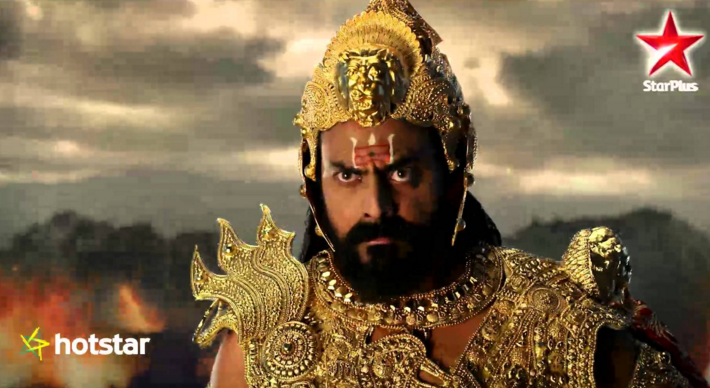 Raavan’s father Vishravas tells him about Ram being Lord Vishnu’s human avatar. Raavan does not believe him, and thinks to test his words. He feels if Ram is really Hari Vishnu, then just Ram can kill his young son Atikaya Tarini. While the family gets shocked by Raavan’s shocking decision, Raavan sends his teenager son Tarini to the battle ground to face Ram. Ram unwillingly has to face the enemy in the war, and does not wish to kill him.

Ram faces Tarini and then makes him disappear. Raavan gets the news of his son and gets deeply hurt. Hanuman meets Raavan and asks him to beg Ram for life and forgiveness. It will be interesting to see how Raavan refuses to apologize and repents in time, because of his ego and pride. Raavan sends Meghnadh in the battle. Laxman kills Meghnadh after they have a huge war. The final battle will be Raavan and Ram’s Mahayudh.