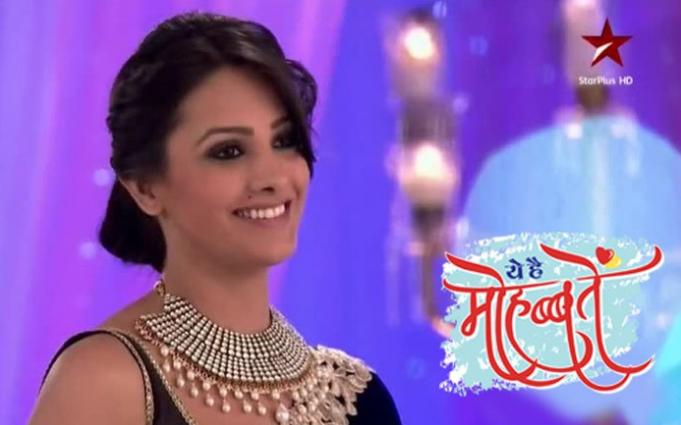 Shagun is marrying Mani. Shagun dresses as bride and everyone compliment her beauty. Shagun hugs Ishita. Mrs. Bhalla calls Shagun as her daughter and has many emotions for Shagun, after what Shagun did for them. She thanks Shagun for doing many favors on them and hugs her.

Everyone leave from Bhalla house, to reach marriage venue. Ishita goes to Shagun’s room and checks for some powers. Unknowingly, she gets Anil’s letter. She realizes its same letter that Anil wrote to Raman before his death.

Ishita reads the letter, where Anil has written Shagun’s truth. He writes Shagun hates Ishita a lot, as Ishita took her place after seven years, Shagun made him kidnapped Ishita, he wanted to tell truth to Raman before dying. Ishita finally got to know the entire truth. She feels Shagun cheated everyone, she has done much wrong with everyone. She thinks Mani should not marry Shagun and calls Mani to stop the marriage. Mani does not answer and Ishita rushes to the venue to stop Shagun’s marriage. Ishita goes to Raman and tells Shagun’s truth.

Raman is not ready to hear anything against Shagun, and tells Ishita that Shagun has managed the house for seven years and raised Pihu, whom Ishita left. Shagun is acting sweet and playing her game well. She is projecting herself as a great sacrificing idol and doing big drama. Ruhi doubts on Shagun’s weird behavior and tries to find the secret.