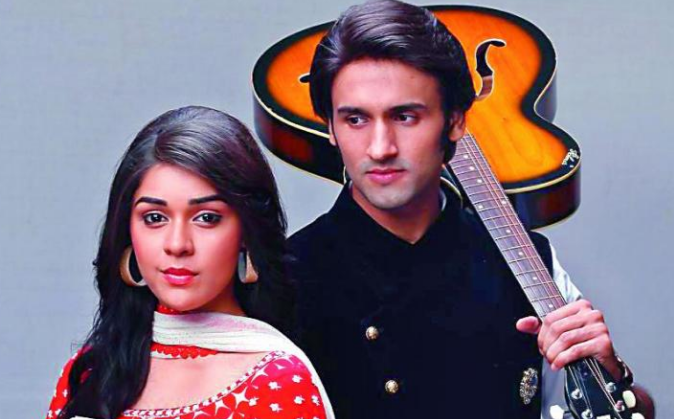 Just as Raja and Rani have confessed love to each other, there comes the big twist. Obsessive Jeevan kidnaps Rani and forces her to marry him. He asks Pandit ji to recite the mantras fast. Rani is shocked. She asks him to leave her. Jeevan lifts her in his arms and starts taking rounds. She cries and thinks she couldn’t let any injustice happen to her and slaps him. She has become brave and picks a havan kund firewood warning him not to come near her, else she will burn him.

Jeevan is taking revenge on Rani as Raja and Rani have fooled him at different times. Raja offered to help him, but he never helped him, while Rani had promised to marry him, but failed to keep up her word. He expresses his frustration and pain through his act. Rani just thinks of him as a friend and makes it clear. Raja comes there to save his Rani.

Raja angrily beats Jeevan and hugs Rani. He asks how dare Jeevan think of marrying Rani. Jeevan will go to jail as it is a serious offence to marry a girl against her wish. Raja marries Rani due to this drama and realizes his love for her. Raj Mata gets emotional and teary eyes. Raja and Rani will be marrying soon. The real twist will begin after their marriage.