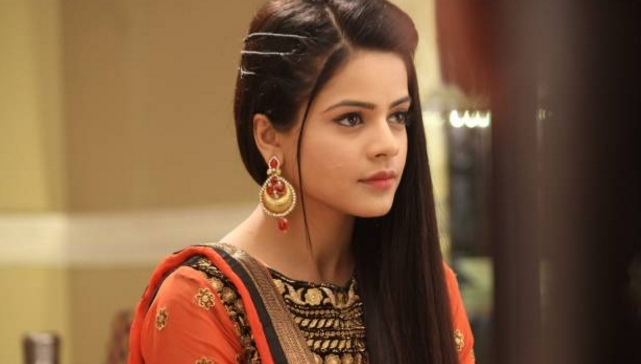 Thapki wins the first round by managing the hold the hot modak in spoon. Thapki overhears Naman and Kosi talking about doing something with Bihaan, and gets worried. She goes to pray to the problem solver Ganesh ji, and comes up with an idea to place a Ganesh idol in Kosi’s room. She places the idol which has spy camera in the eyes, and hopes to find the truth which Kosi is hiding till now. Thapki asks Ganesh ji to expose Kosi, as only this can save Bihaan’s life. The second round of competition begins. It is a dance performance round. Pandey family gets shocked seeing Kosi performing on the song which they had practiced.

Thapki plays the dhol in the dance round, and dances with her family on Ganesha song. Thapki misses Bihaan. Bihaan comes with his Jaiswal family and shows their unity. He performs on Ek Dusre se karte hai pyaar hum song, which pandey family has chosen first. Bihaan loves his family, and does not know Kosi and Naman’s evil plans. The Ganesh Utsav got this competition between Thapki and Bihaan. Thapki wins the second round. Thapki faces many problems to prepare the dance performance, but did not lose. Vasundara wants to unite Thapki and Bihaan.