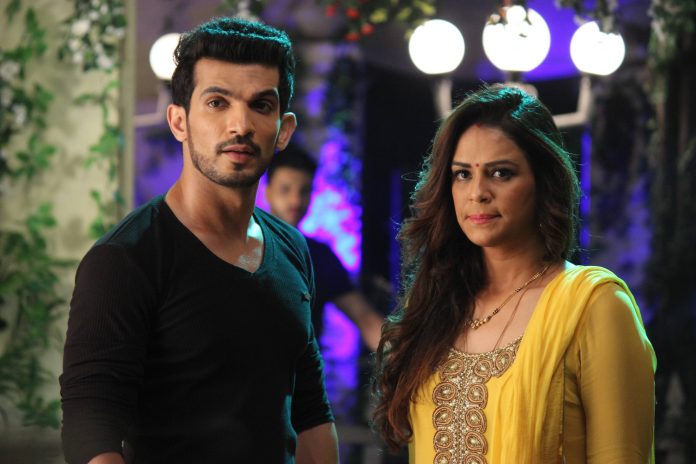 Arhaan’s powers are caged inside a skeleton head. Paridhi wants to free Arhaaan’s powers and have reached the dark cave. She takes a hammer and breaks the skeleton. She faints over there, and Arhaan appears with all his powers which Paridhi released. Arhaan worries seeing her and asks her to open eyes. He heals Paridhi by his powers and takes her back home. Arhaan will play the angel role in her life again.

Paridhi and Arhaan make a plan to kill Saudamini and Manjulika. She asks him why did he leave the evil spirits, he would have killed them. He says its not so easy, they stay in such a bad place where there are evil spirits, we can’t go there to trap them, we have to trap them where good spirits reside. She asks where will we get such place. Arhaan says I m finding such place and hopefully get that soon.

Rajbeer comes there and doubts on them seeing them talking about laying a trap. He asks whats happening, for whom are they laying trap. Arhaan says nothing, we were talking generally. Rajbeer says Paridhi, you are my wife and have to say truth to me. She refuses to say truth to him, as this is for the family’s betterment. He hopes that Paridhi tells him truth, but Paridhi wants to keep Rajbeer away this plan. She tells him that she is taking Arhaan’s help in killing Saudamini and Manjulika. He gets angry that she is taking Arhaan’s help and did not ask his help. He asks is Arhaan any God that he will end those spirits, he is a doctor and human like us, how will he kill evil spirits. Paridhi does not tell Rajbeer about Arhaan’s truth.