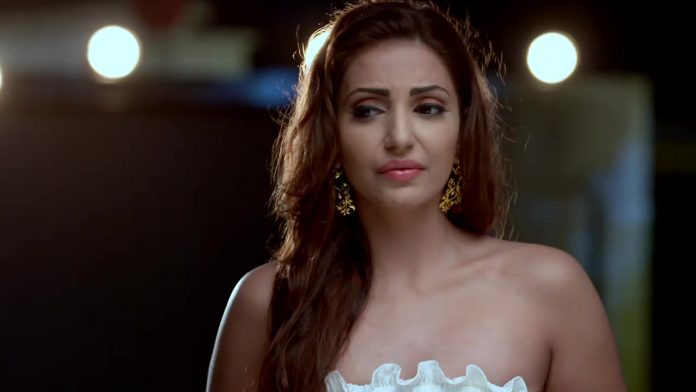 Shivay has been postponing his marriage date too far. Tia’s mom gets stressed and is admitted to hospital. Tia talks to her mom and asks her not to take stress. Her mom gives her some solution to convince Shivay, to which Tia disagrees. Meanwhile, Tej tells Shakti that he will not visit Vaishno Devi and has to concentrate in clearing the blames. Shakti requests him to come along and this crisis is because of their deeds. Tej clears that they are not related to that girl’s suicide, we have done whatever necessary in business. Shakti asks Tej to apologize to Vaishno Devi. Tej boasts of his strength. Dadi explains her sons that everyone has to bend infront of Lord. Dadi asks Tej to go along with Shakti.

Tia and Robin come to Oberoi house. Tia tells about her mom’s nervous breakdown. She tells Shivay about her dad’s major investment in company and her parents having vote rights in board of directors. She says this would clear CD scandal blame on Oberoi group. Shivay appears to be happy with the deal, but then the shock comes his way. Tia offers help to Shivay in taking over a company and keeps a condition. Tia tells him that her mom wants Tia and Shivay’s marriage to happen tomorrow. Dadi asks is this marriage or any deal. Dadi disapproves the deal and now Shivay has to take a decision. Will Shivay accept Tia’s deal to prosper Oberoi business? Will Shivay follow his heart or marry Tia to clear CD scandal blame? Keep reading.