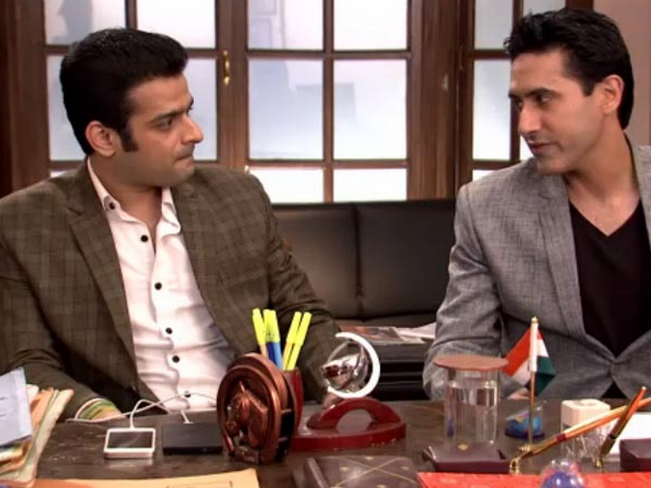 Mani makes an entry and slaps Raman. Raman and Mani gets into a big argument and beat each other. Raman is missing Pihu badly and he is shouting on Mani. Raman is going crazy in his sadness. Mani too wanted to take revenge for Aaliya’s sake. They both have their own reasons and Ashok is using their enmity. Adi and Romi take Raman to his room.

Raman scolds Ishita for trusting Mani so much and how he lost Pihu because of her. Mani is angry as Aaliya is favoring Raman, and Raman is angry as Pihu is away because of Mani. Mani is frustrated by shocking thing that Raman tried to frame him in molestation case. Ashok has done this, and also sent IT guys at Raman’s house saying Mani has sent the IT people for raid. Ashok is making Raman and Mani fight like born enemies. Adi shouts on Mani and disrespects him, which does not go well with Aaliya. The families are totally against and Shagun comes there to add more fire. Shagun leaves with Mani. Ishita gets very disturbed by this fight. What will Ishita do to expose Shagun and Ashok’s tricks? Keep reading.