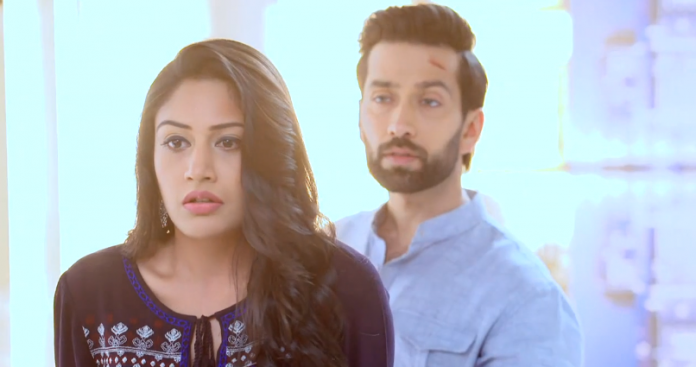 Anika and Shivay ask each other why did they help each other. Shivay tells Anika that he scolded her without any reason and apologized later. Anika tells she has forgiven him. Shivay calls her really nice and asks her to tone down her goodness, as he is not good. Anika too does not understand why she saved him. Shivay asks her to think. Anika asks him to say why did she do this. Shivay tells her that he can’t ignore her, he gets angry on her, but he can’t let anyone else get angry on her. Anika feels the same for him.

Shivay says you have taken so much humiliation for me. She shows her belief that he can’t kill anyone. They find some strange connection between them. Shivay calls her close and murmurs I…… He tells her that he took painkillers. Anika asks him to rest. Shivay stops her and tells he does not want her to go. He moves her hair off her face. He feels some strong connection and asks Anika to describe this feeling. He hugs her and falls over her shoulder. Shivay sleeps in her lap, while she does not know the answer herself of their growing proximity. Keep reading.