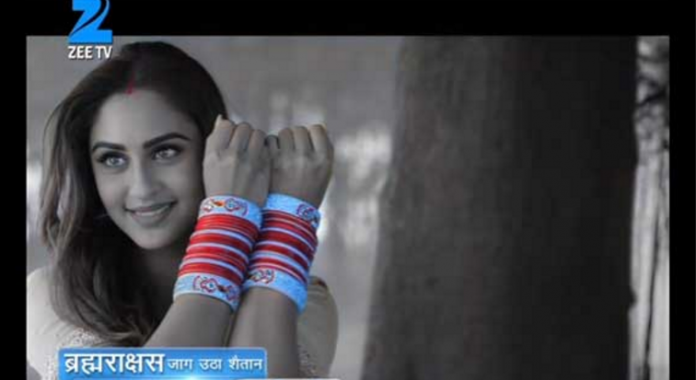 A Rishi Baba meets Raina in the market. He tells her that Rishabh will be falling in problem. Raina and Rishabh are back in Kamalpura. Raina sees everyone in peace and harmony, without the Brahmarakshas. A Rishi baba troubles Raina. Rishabh comes and scolds the Baba. Rishabh and Raina were having a talk.

Kiara comes there and Raina realizes Rishabh has come for Kiara’s sake, not for her. Raina’s happiness turns into anger. She walks off and does not show her feelings for Rishabh. Rishabh is confused and thinks what to do. Rishabh feels bad seeing Raina leaving. Kiara takes Rishabh with him. He gets restless without Raina. Raina and Rishabh are free of each other, as the fake marriage ended. There is love between them. They should get together to fight with the new Brahmarakshas.